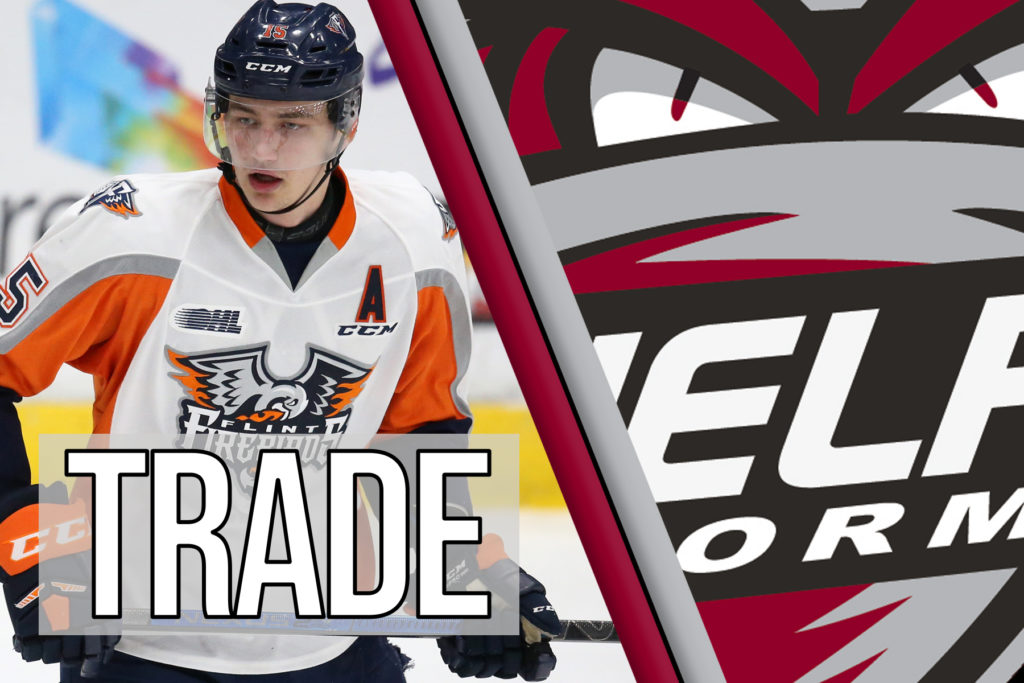 GUELPH – Guelph Storm General Manager and Head Coach, George Burnett, has announced that the Storm have acquired defenceman Fedor Gordeev from the Flint Firebirds in exchange for the following picks:

Gordeev, a six-foot-seven, 224-pound defenceman from Toronto, Ontario was a third round pick (59th overall) by the Hamilton Bulldogs in the 2015 OHL Priority Selection. He was traded to Flint to start the 2016 OHL season and was later drafted by the Toronto Maple Leafs in the fifth round (141st overall) at the 2017 NHL Entry Draft.

“Fedor is a welcome addition to our team,” said Burnett.  “He is a proven veteran in our league and we expect him to provide a defensive presence that will serve as a huge boost to our group.”

Throughout his four year career, the 6.07 defenceman has recorded 60 points, 15 goals and 45 assists in 171 games. This season with Flint Gordeev has three goals and 16 assists for 19 points through 32 games.

“I’m really excited about the trade,” said Gordeev.  “And looking forward to the new opportunity with the Storm!”

Gordeev will make his Storm debut on Sunday when the North Bay Battalion visit the Sleeman Centre for a 2:00pm puck drop.