Storm acquire defenceman Martin Has from North Bay for picks 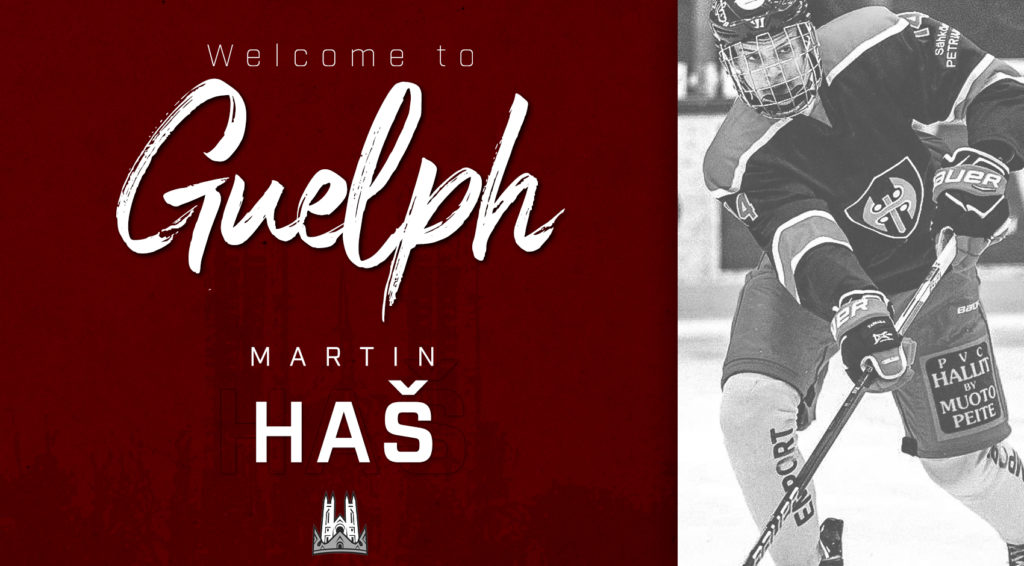 (GUELPH) Guelph Storm General Manager and Head Coach, George Burnett, has announced that the Storm have acquired defenceman Martin Has from the North Bay Battalion in exchange for two conditional 3rd round picks, one in the 2022 (SAG) OHL Priority Selection and the other in 2023 (MISS).

An 18-year-old right-shot defenceman from Prague, Czech Republic, Has joins the Storm after representing the Czech Republic at the 2020 IIHF World Junior Hockey Championship in Ostrava and Trinec. One of the Czech’s best defenceman in the tournament, Has recorded three points (1-2–3) in five games. He was a fifth round (153rd overall) pick of the Washington Capitals in the 2019 NHL Draft.

“Martin will be an excellent addition to our back end and we are excited to have him join our line-up,” Burnett said. “An NHL draft pick of the Washington Capitals and coming off a terrific performance at the World Junior Hockey Championship, we anticipate his presence will serve as a huge boost to our group for the second half of the year.”

This season, the 6-foot-4, rearguard played 13 games with KOOVEE of Finland’s Mestis circuit. He also played with Tappara of Finland’s elite league as well as Tappara’s junior club.