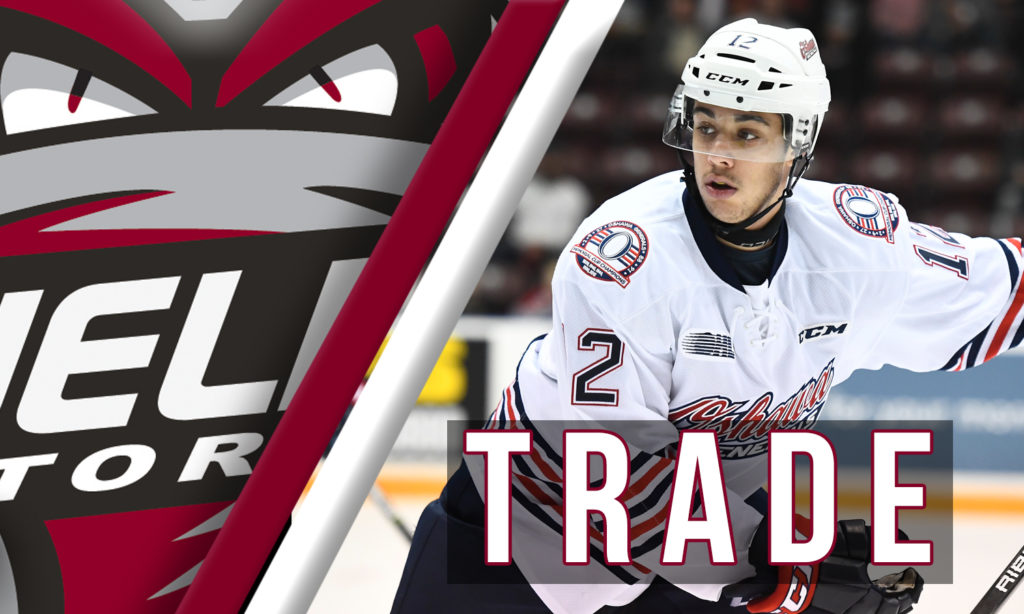 (GUELPH) Guelph Storm General Manager and Head Coach, George Burnett has announced that the Storm have acquired forward Domenico Commisso from the Oshawa Generals in exchange for a 2nd round pick in 2023, a 2nd in 2024 (WSR) and a 5th round selection in 2021 (KGN).

Commisso, a six foot two, 182-pound overager from Oakville, Ontario, was the Generals’ fifth round pick (96th Overall) in the 2014 OHL Priority Selection.

“Dom has been a very effective and reliable player throughout his time in Oshawa,” Burnett said. “To be able to add a strong and motivated player to our group early in the season will prove to be beneficial.”

“I’m very excited to join the Guelph Storm Hockey Club,” Commisso said. “I look forward to playing with this strong group and finishing my OHL career on a winning note.”

Commisso will make his Storm debut tonight when the Sarnia Sting visit the Sleeman Centre for a 7:30pm puck drop.