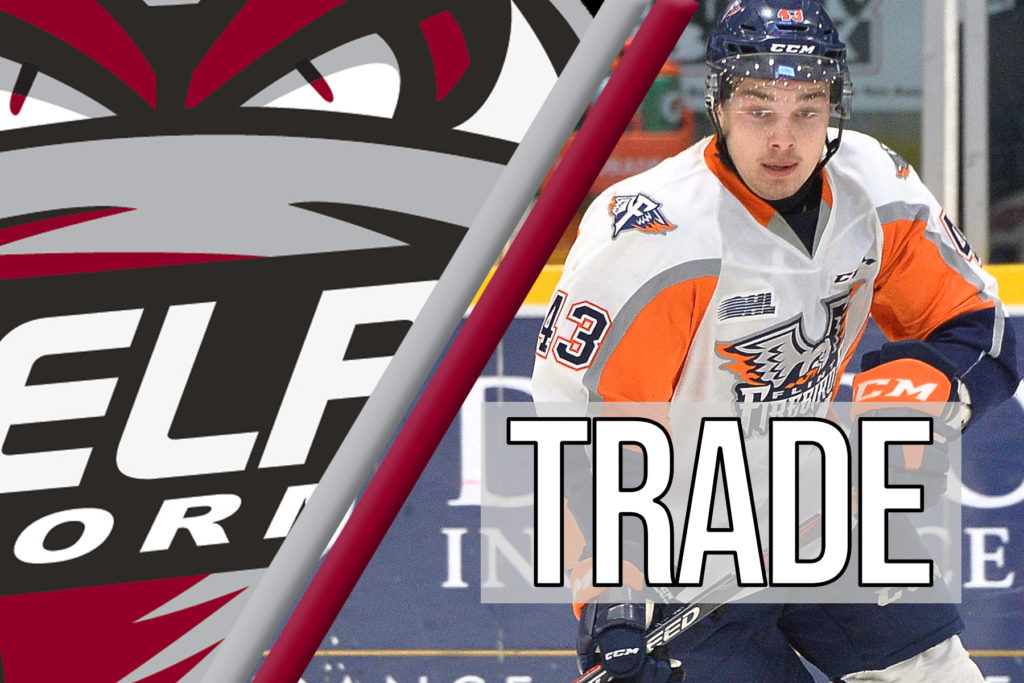 GUELPH – Guelph Storm General Manager and Head Coach, George Burnett, has announced that the Storm have acquired forward Eric Uba from the Flint Firebirds in exchange for a 3rd round pick in 2020, and a conditional 5th round pick in 2023.

Uba, a six-foot, 196-pound right winger from Kitchener, Ontario was a ninth round (164th overall) pick by the Firebirds in the 2016 OHL Priority Selection.

During the 2018-19 campaign, Uba tallied 19 goals and 23 assists for 42 points through 67 games with the Firebirds, while adding 54 penalty minutes.

“Eric is an impressive young man that will bring skill, size, and character to our lineup,” said Burnett. “He has a proven ability to score in our league and we look forward to having him join our program.”

Prior to his first full season in the OHL, Uba split the 2017-18 season between the OJHL’s Wellington Dukes and Oakville Blades, registering 15 goals and 19 assists for 34 points in 51 games. The 2000-born forward also played his first four OHL games with Flint, recording an assist.

“I am thrilled to be starting this new chapter with the Guelph Storm and looking forward to getting things going in the coming weeks,” Uba offered. “I can’t wait to play in front of the amazing Storm fans.”

Uba will join the Storm for training camp set to kick-off the 2019-20 season on August 26th.