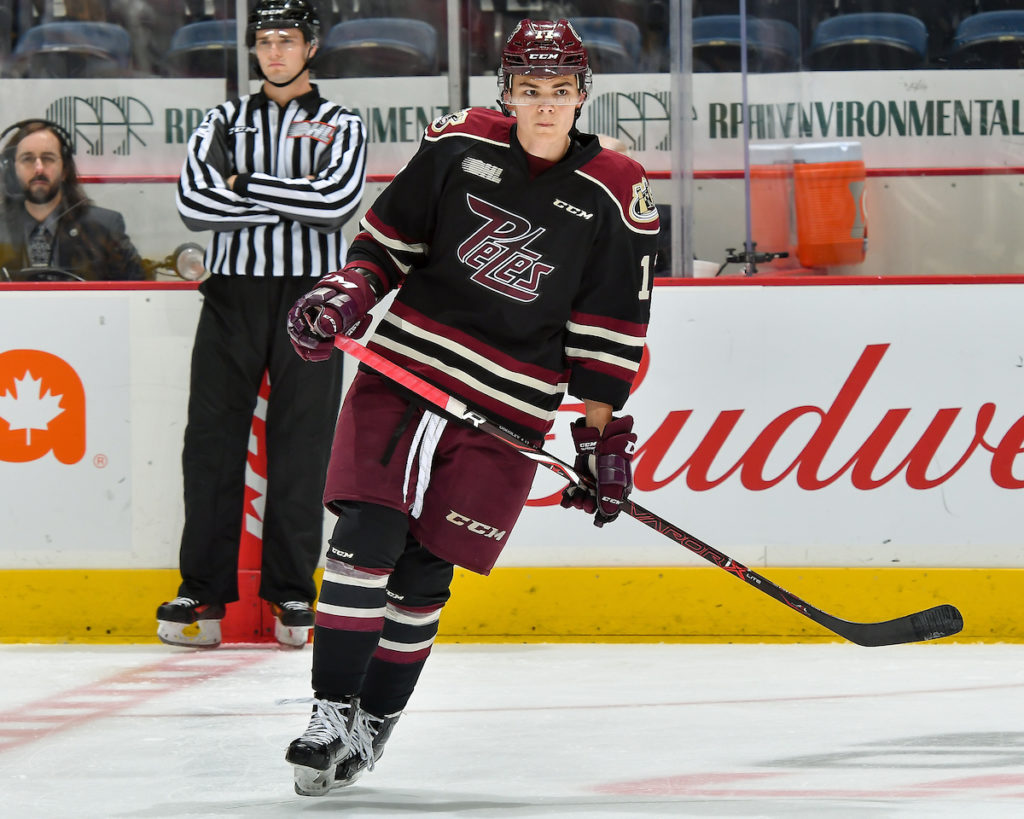 Along with Gogolev, the Storm receive the following:

“Pavel is an excellent combination of size and skill, and is a proven goal scorer,” said Burnett.  “To have this player in our lineup for the coming seasons is exciting for our organization.”

Gogolev was the Petes’ 1st round pick in the 2016 OHL Priority Selection (8th overall) and starred at the Canadian International Hockey Academy (CIHA) in Rockland, ON, before his OHL career.

“Ryan’s been a tremendous player for the Guelph Storm for the past two and a half seasons.” said Burnett.  “We wish him well with his new opportunity in Peterborough.”