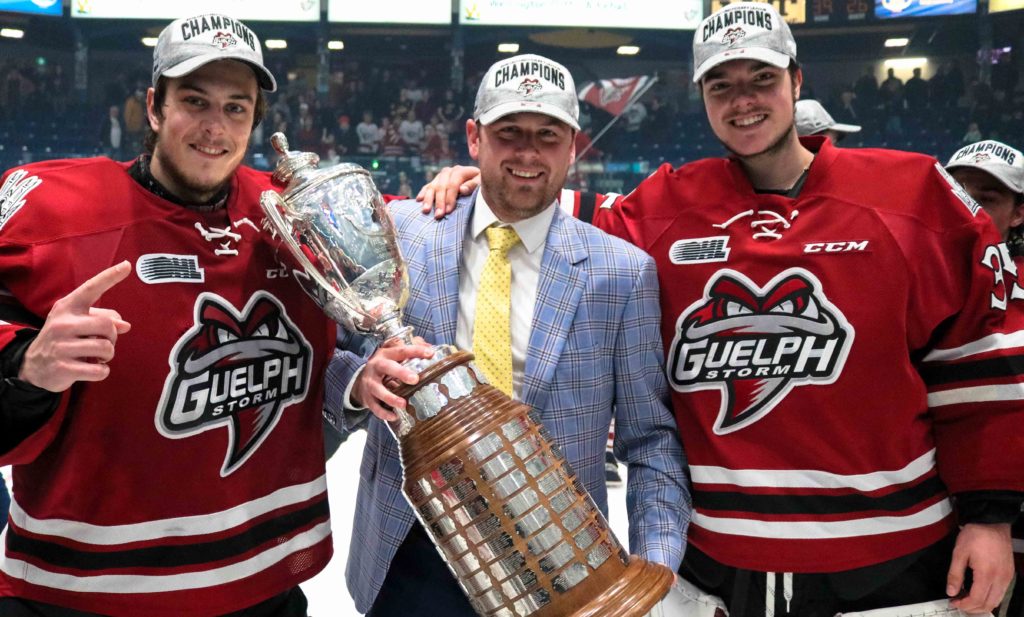 GUELPH – Guelph Storm General Manager and Head Coach, George Burnett, has announced that the Storm have acquired a 3rd round and a 5th round pick from the Flint Firebirds in the 2020 OHL Priority Selection for overage goaltender Anthony Popovich.

Popovich, a 6’2”, 197-pound goaltender from Belleville, Ontario was a seventh round pick (134th overall) by the Storm in the 2015 OHL Priority Selection. Though he wasn’t selected at the NHL Draft, Popovich did attend Development Camp with the event host Dallas Stars in June.

“Anthony has been a very valuable member of our organization over the last three seasons, and played a huge part in our championship run last spring,” said Burnett.  “Our depth has improved at the goaltending position to start the season, and this is a good chance for Anthony to continue his development with Flint and work toward opportunities at the professional level.”

The Storm would like to thank Anthony and his family for their support and dedication over the past four years. We wish Anthony the best of luck in the future.