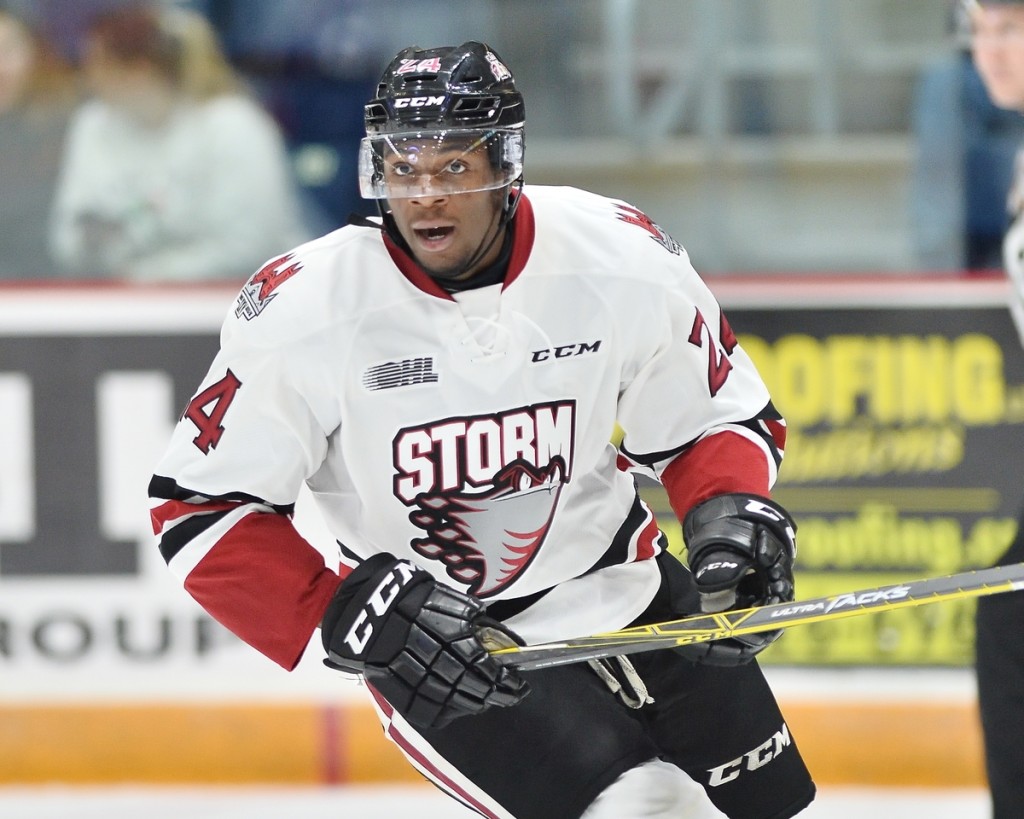 Guelph Storm General Manager and Head Coach, George Burnett has announced that the Storm have traded forward Givani Smith to the Kitchener Rangers in exchange for a 2nd round pick in 2021 (MISS), a 2nd in 2024 (WSR) and a 2nd round selection in 2025 (KIT) which will become a 2nd in 2020 (KIT).

Smith, a six foot two, 210-pound forward from Brampton, Ontario, was the Colt’s first round pick (13th Overall) in the 2014 OHL Priority Selection. Playing parts of four seasons in Guelph, Smith appeared in 173 regular-season games recording 64 goals and 48 assists for 112 points, adding five points in nine playoff games.
“Givani has been a strong player for this organization for several reasons and we wish him luck as he completes his junior career,” said Burnett. “From our perspective, we are pleased to acquire three second round selections that will be used to draft or acquire players to help our program moving forward.”

The Storm would like to thank Givani for his dedication to the organization during his time in Guelph.