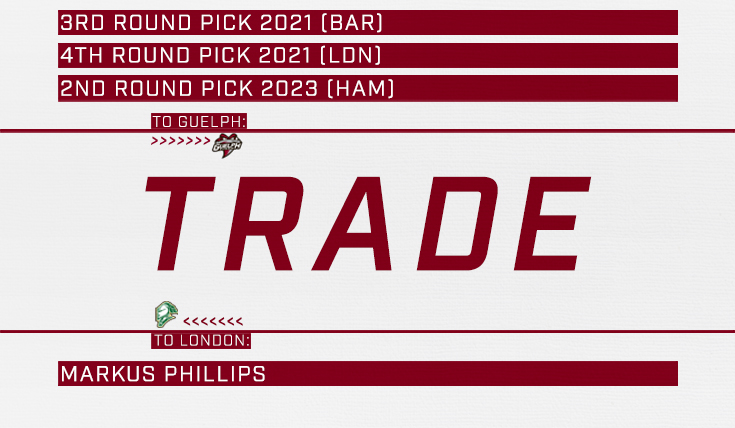 (GUELPH) Guelph Storm General Manager and Head Coach, George Burnett, has announced that the Storm have acquired a second round pick (HAM) in the 2023 OHL Priority Selection as well as a third (BAR) and a fourth round pick (LDN) in 2021 from the London Knights in exchange for overage defenceman Markus Phillips.

Acquired from the Owen Sound Attack last year at the trade deadline, Phillips was an integral part of the Storm’s Championship run last spring. The Mississauga native spent the first part of the year in the LA Kings organization between the AHL’s Ontario Reign and the ECHL’s Fort Wayne Koments.

The Storm would like to wish Markus the all the best and the best of luck in the future.