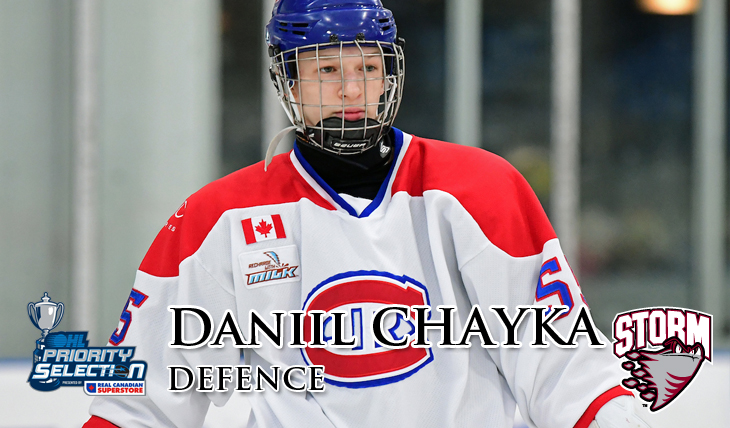 The Guelph Storm went big on the blue line in the early rounds of Saturday’s OHL Priority Selection draft, choosing defencemen with its first two picks.

He added six points – including four goals – at the OHL Cup.

A Moscow native who came to Canada last year to play minor midget hockey in his draft year, he was only declared eligible for the draft last week.

Chayka, who lists Bobby Orr as one of his idols growing up, was the second defenceman taken in the draft.

It was also a great day for local hockey players, with six members of the Guelph Jr. Gryphons being drafted in the first 10 rounds, with Logan Morrison leading the way, taken 18th overall by the Hamilton Bulldogs.

He will be the team’s third Russian player on the roster, joining Dmitri Samorukov and Alexey Toropchenko.

“I know Samorukov. I used to be in the same school as him in Russia for maybe five years and I know him very (well),” Chayka said.

He described his playing style as a two-way defenceman who can play a physical game.

Reports are that Chayka has a cannon of a point shot.

Chayka is also a late birth date, meaning he is not eligible for the NHL Draft until 2021.

With their first of two picks in the second round they selected 6-foot-1 defenceman Zack Terry off the Oakville Rangers, where he had 48 points in 39 games. 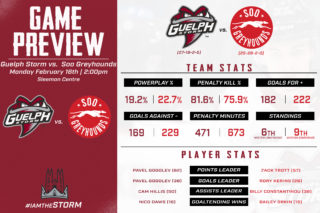