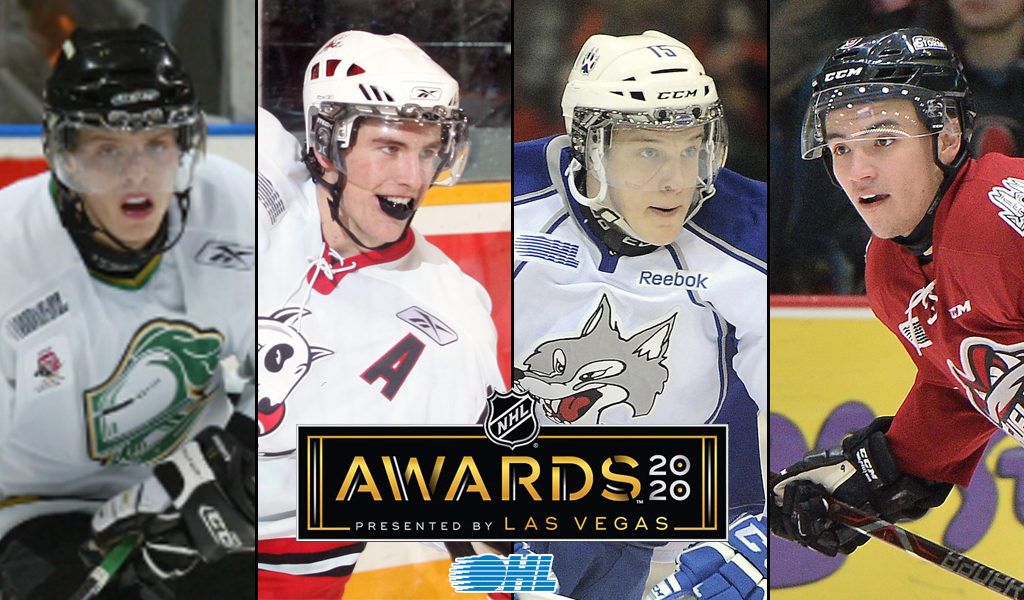 The National Hockey League recognized its major award winners in advance of Game 2 of the Stanley Cup Final on Monday night, with four OHL graduates being named to All-Star Teams for the 2019-20 season.

Forward – Dominik Kubalik (Chicago Blackhawks) / Sudbury Wolves, Kitchener Rangers
Call him a late bloomer. Dominik Kubalik burst onto the NHL scene to score 30 goals as a 25-year-old rookie with the Chicago Blackhawks. The 6-foot-2, 180Ib. left-winger was originally a seventh round pick of the Los Angeles Kings back in 2013 but after five years of pro hockey in Europe’s pro ranks, the Czech winger was ready to make an impact. Kubalik finished the season with 46 points (30-16–46) in 68 games after being named the Swiss Elite League’s Player of the Year in 2019.

Forward – Nick Suzuki (Montreal Canadiens) / Owen Sound Attack, Guelph Storm
The OHL’s Playoff MVP in 2019, Nick Suzuki made an immediate impact with the Montreal Canadiens, finishing his rookie campaign with 41 points (13-28–41) over 71 games while tacking on seven points (4-3–7) in 10 playoff outings. The 21-year-old London, Ont. product came off a 328-point (141-187–328) OHL career capped off by an OHL Championship with the Guelph Storm last spring. Suzuki’s 41 points make him the second-most productive 20-year-old rookie in franchise history behind only the great Guy Lafleur.

Voting for each All-Star Team was conducted among representatives of the Professional Hockey Writers Association after the conclusion of the regular season. #NHLAwards pic.twitter.com/qGmAzH7f0j

Presenting the 2019-20 NHL All-Rookie Team, led by Calder Trophy winner Cale Makar – the only unanimous selection among the 170 ballots cast by the Professional Hockey Writers Association after the conclusion of the regular season. #NHLAwards#NHLStats: https://t.co/jkfLoSBsGS pic.twitter.com/SNWZABXROs