Storm have no plans to play run-and-gun against Knights 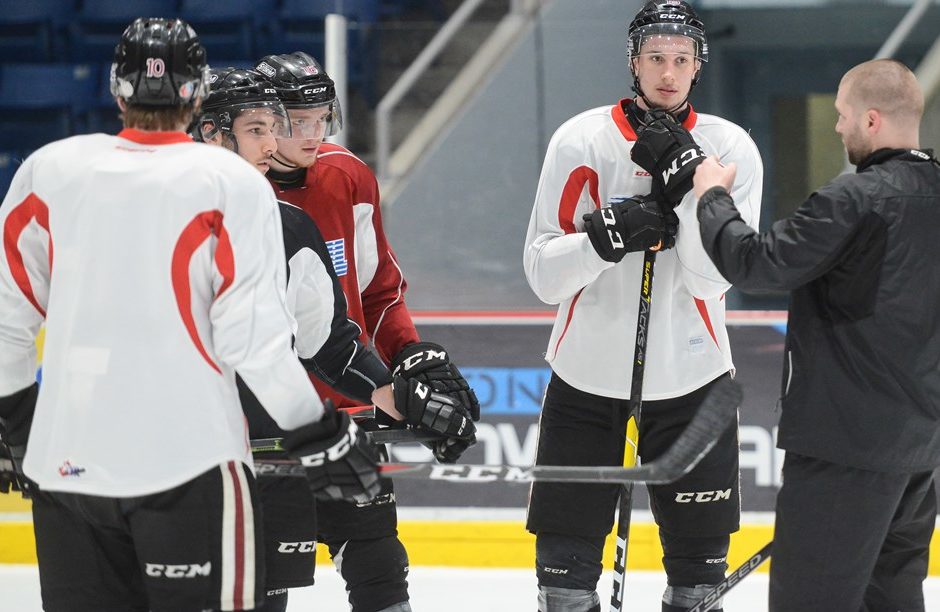 They might have been two of the highest scoring teams in the OHL, but don’t expect a shootout at Budweiser Gardens when the Guelph Storm and London Knights kick off their best-of-seven series Friday in London.

Only the Niagara IceDogs scored more than Guelph and London this season, but Guelph Storm coach George Burnett said run-and-gun isn’t going to cut it against the Knights.

“I can only speak about us. If we have the puck, we’re a much better team and that’s the best way to defend, is to have the puck in the offensive zone,” Burnett said.

“If we get into a track meet and we’re giving up a power play opportunities and chances off the rush, they’re going to hurt you, there’s no question about it.

Guelph has some more offence on the way, with injured centre Cam Hillis expected back at some point in the series, perhaps as early as Friday.

Hillis, who hasn’t played since injuring his collarbone on Feb. 8, has been practicing with full contact.

The Knights pose a much different foe than the Kitchener Rangers.

One of the big difference is that London’s big, experienced and talented back end helps create much of the team’s offence.