The Storm have selected Czech forward Albert Michnac with their second pick in the Import Draft, 62nd overall.

In a report from the U18 5 nations cup Michnac was described as an “underaged winger who is like a waterbug on ice, flitting around with great short burst and constantly changing gears and directions. He is tough to get a grip on him because he´s always moving, usually in an unpredictable fashion. He has very fast hands and great puck control. Also sees the ice well and makes creative plays. Instinctive around the offensive end, and often goes to where the puck is going to be two seconds from now. Slick and elusive and has the knack of getting to open ice in scoring territory” 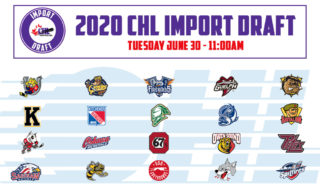