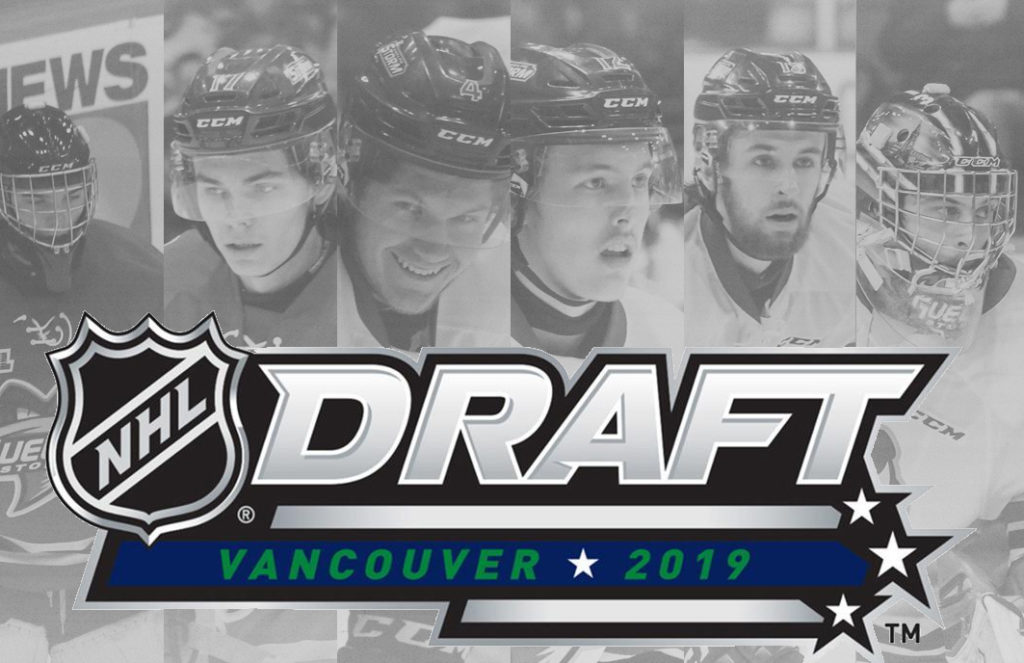 The 2019 NHL Entry Draft begins on Friday, June 21 at the Rogers Centre in Vancouver and there are several Guelph Storm players that hope to hear their name called over the course of the seven-round event.

Leading the way is the Storm’s top-ranked prospect Keegan Stevenson, who enters Friday night ranked #95 on the NHL Central Scouting Bureau’s North American List. Two other members of the Storm also enter the draft ranked, including, forward Pavel Gogolev (140) and Nico Daws who finished the season ranked 16th among North American goaltenders. Not chosen at last year’s draft, Owen Lalonde and Anthony Popovich are also eligible this weekend. Forward Liam Hawel was drafted in the fourth round by the Dallas Stars last year, but his rights expired when he did not sign with the big club by June 1st making him eligible again for this year’s draft.

The Storm enter Friday night with 74 players selected in the NHL Entry draft since 1992, with the 1994 NHL Draft being the most prolific with seven players selected. The top selection in franchise history is Drew Doughty who was selected 2ndoverall in 2008.

Below is historical draft information for the Guelph Storm.