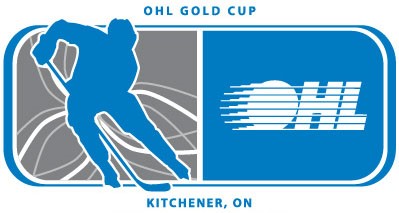 For Team GTHL Red, Ty Jackson finished tied for third in tournament scoring with seven points in five games. Aguanno finished second in defenceman scoring and eighth overall with five points in as many games. While, teammates Dylan Jackson and Primeau finished with three and two points, respectively.

Third round pick Dennis Golovatchev recorded a goal and two assists for Team GTHL Blue, just one point ahead of teammate Eric Ciccolini.

One of the top goalies at the tournament was eighth round selection Cole Brady who posted a goals-against average of 1.86 and a save percentage of 0.933 in four games with a record of 1-2. Teammates Burley and Eliopulos were held without a point but were a big part of Team OMHA White’s strong defensive effort en route to a fourth place finish.

Along with his Silver Medal, Clark Hiebert recorded two assists in five games.

The annual tournament, made up of eight teams and 160 players representing Ontario’s minor hockey governing bodies, aims to showcase Ontario’s top under-16 talent. Hockey Canada uses the 20-game event as an early assessment of eligible skaters for the upcoming World Under-17 Hockey Challenge in November. Current Storm players to have competed in both the OHL Gold Cup and World Under-17 Hockey Challenge include Garrett McFadden, Matt Hotchkiss, Givani Smith, Isaac Ratcliffe, and Ryan Merkley.