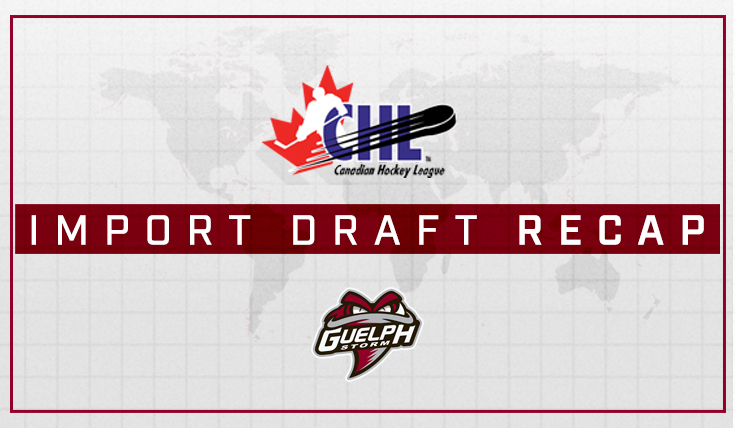 GUELPH, ON – General Manager and Head Coach George Burnett has announced that the Storm have selected, with the 38th overall pick in the 2019 CHL Import Draft, Russian forward Andrei Bakanov.

The 2002-born Bakanov spent the 2018-19 season with the Cedar Rapids RoughRiders of the USHL where he collected five goals and nine points in 51 games. In 2017-18, the Moscow native had an impressive year playing with the Oakland Jr. Grizzlies, totaling 112 points (57G, 55A) in 77 total games between the program’s HPHL schedule and U16 AAA schedule.

“Our staff is very familiar and have been impressed with Andrei having followed his progress over the last two years; both with Cedar Rapids and in midget with Oakland,” said Burnett. “ He is certainly on the radar for the NHL Draft next year bringing great size and skill to the game. We will continue to work with his representation and hope to see him in the Guelph in the near future.”

With the 98th selection of the CHL Import Draft, General Manager and Head Coach George Burnett announced that the Storm have selected Russian defenceman Roman Bychkov.

“Our goal was to add an older defenseman to help solidify our blue line and we feel we’ve done that with our selection of Roman Bychkov,” said Burnett.  “Roman is a mobile, puck-moving defenseman with a strong overall skill set and would be a great addition to our team.”

Last week, the 18 year old was drafted by the Boston Bruins in the 5th round of the 2019 NHL Entry Draft.