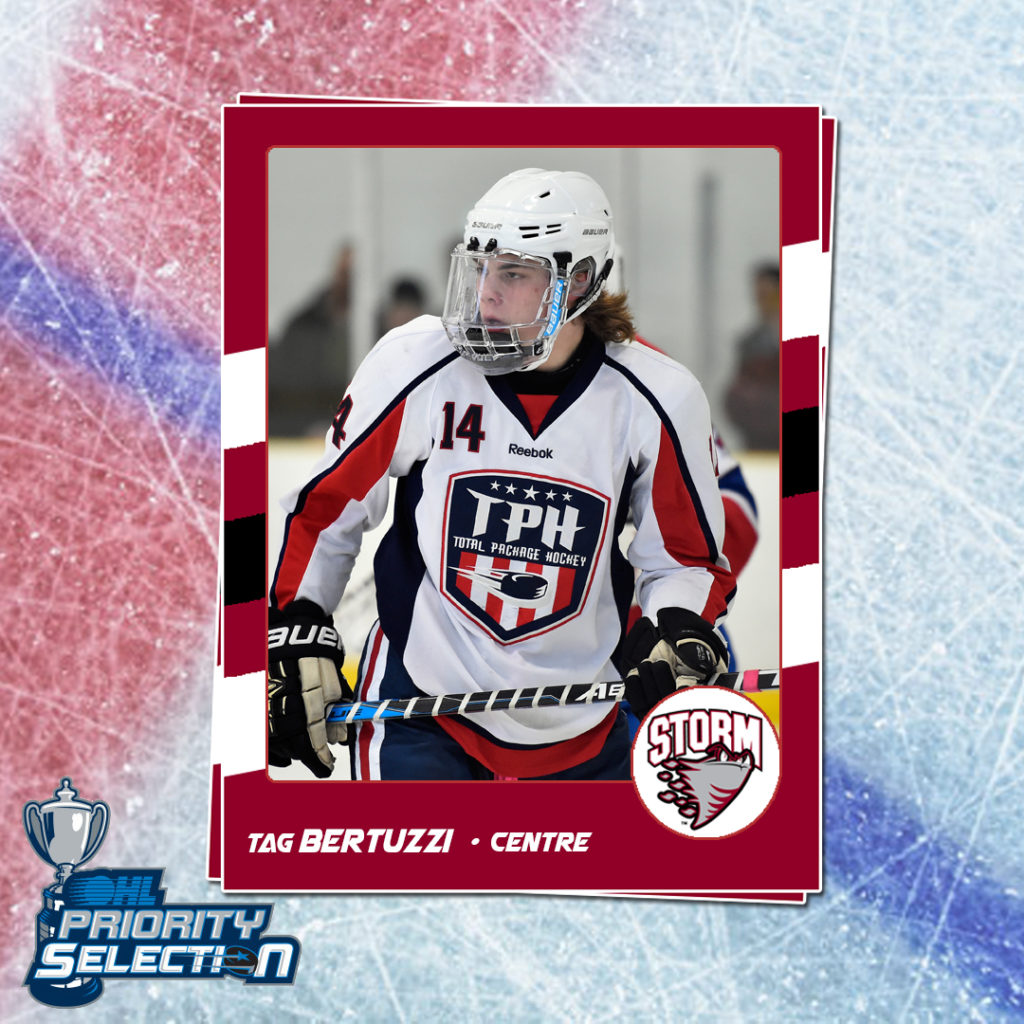 With the second overall pick in the 2017 OHL Priority Selection, the Guelph Storm are pleased to welcome Tag Bertuzzi to the team.

The six-foot-one, 186-pound centre spent the 2016-17 season as the captain of the Oakland Jr. Grizzlies U-16 squad, recording 16 goals and 20 assists for 36 points in 29 games played, while registering 54 penalty minutes.

The Vancouver, British Columbia native is the third Bertuzzi to be selected in the Storm’s 26-year history, with father Todd Bertuzzi standing as the team’s first ever pick, fifth overall in the 1991 OHL Priority Selection, and Tyler Bertuzzi, the nephew of Todd and cousin of Tag, selected in the fourth round in the 2011 draft.