Storm select Will Craig in the 11th round 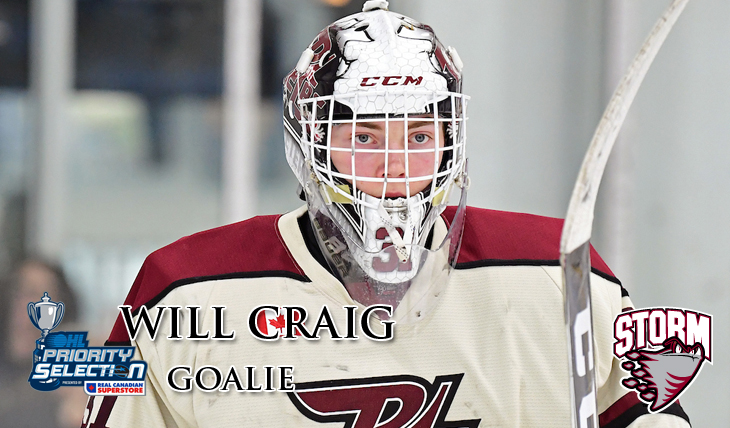 In the 11th round, the Guelph Storm announced goaltender Will Craig as the 207th overall pick in the 2018 OHL Priority Selection.