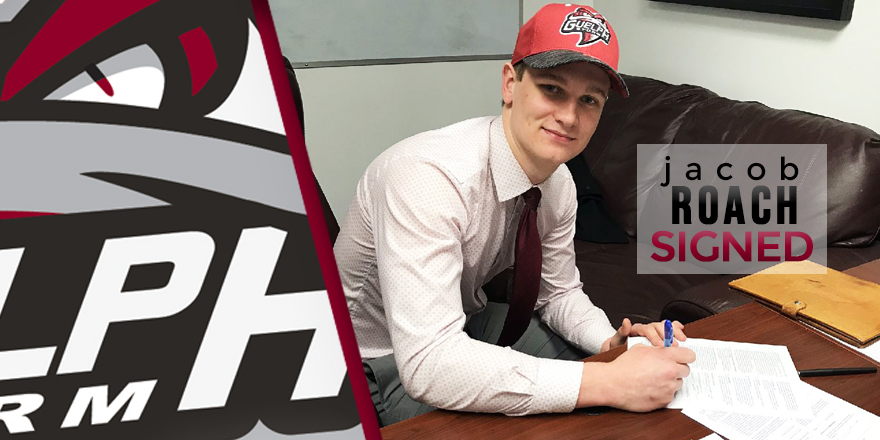 Roach, a 5’11, 190 lb forward from Brooklin, Ontario, was originally drafted by the Sudbury Wolves’ in the eighth round round of the 2016 OHL Priority Selection. Attending three training camps with the team, he was the final cut of the Wolves camp at the start of the 2018-19 season.

“Jacob is a player that we have had our eye on for some time, and we are excited to add him to our program,” said Burnett.  “He had a breakout year offensively with St. Catharines Jr. B this past season and has a very versatile skill set.  He will provide some presence and stability to our group of young forwards next season.”

The 18 year old spent the 2018-19 season with the St. Catharines Falcons of the GOJHL while attending Brock University. He posted 93 points (29 goals, 64 assists) in 47 games.  During the Falcons playoff run this season, Roach recorded 43 points (13 G, 30 A) in 17 games. Finishing second overall in league playoff scoring.

“It’s exciting to have officially signed with the Storm,” Roach said. “It’s been a goal of mine to play in the OHL and I believe I’ve found a second home here in Guelph and I can’t wait to continue to develop as a hockey player and person.  I couldn’t have done it without my family, friends, coaches and teammates.”

Roach is scheduled to attend the Storm’s 2019 Orientation Camp in May.