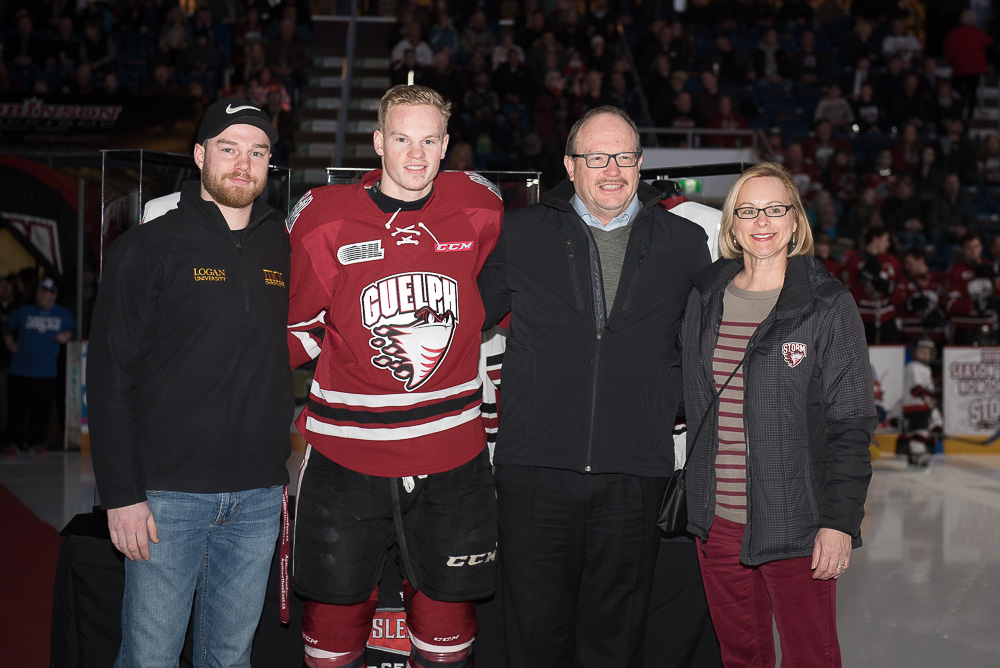 The 21-year-old forward, who’s just completed his overage season with the Guelph Storm, of the Ontario Hockey League, is getting what he wanted.

McEwan, from Chatham, Ontario, has signed a U SPORTS Letter of Intent and will join the UNB Varsity Reds in the 2018-19 season.

“I looked at three things when deciding on a school,” said McEwan. “The education program, the school itself, and the hockey team. UNB had the best of all worlds. The cherry on top, they’re an elite program that finds success every year.”

He was the Storm’s top scorer in the 2015-16 season, earning team MVP honours and the team’s most popular player award.

“James will be an excellent addition to our UNB Hockey program,” said Varsity Reds head coach Gardiner MacDougall. “He had a stellar OHL career in Guelph and two very impressive NHL tryout camps. He has excellent speed and is a strong two-way player who can play multiple positions and roles.”

Prior to joining the Storm, McEwan was a member of the Chatham Maroons, of the Greater Ontario Junior Hockey League.

He attended NHL training camps with the Pittsburgh Penguins and Montreal Canadiens.

Last year, the Canadiens assigned McEwan to their AHL camp before returning him to Guelph. With the Laval Rocket, McEwan played two AHL pre-season games. In one of those games, he played on a line with Alex Goulet, who joined the Varsity Reds last season.