Storm to face Knights in second round 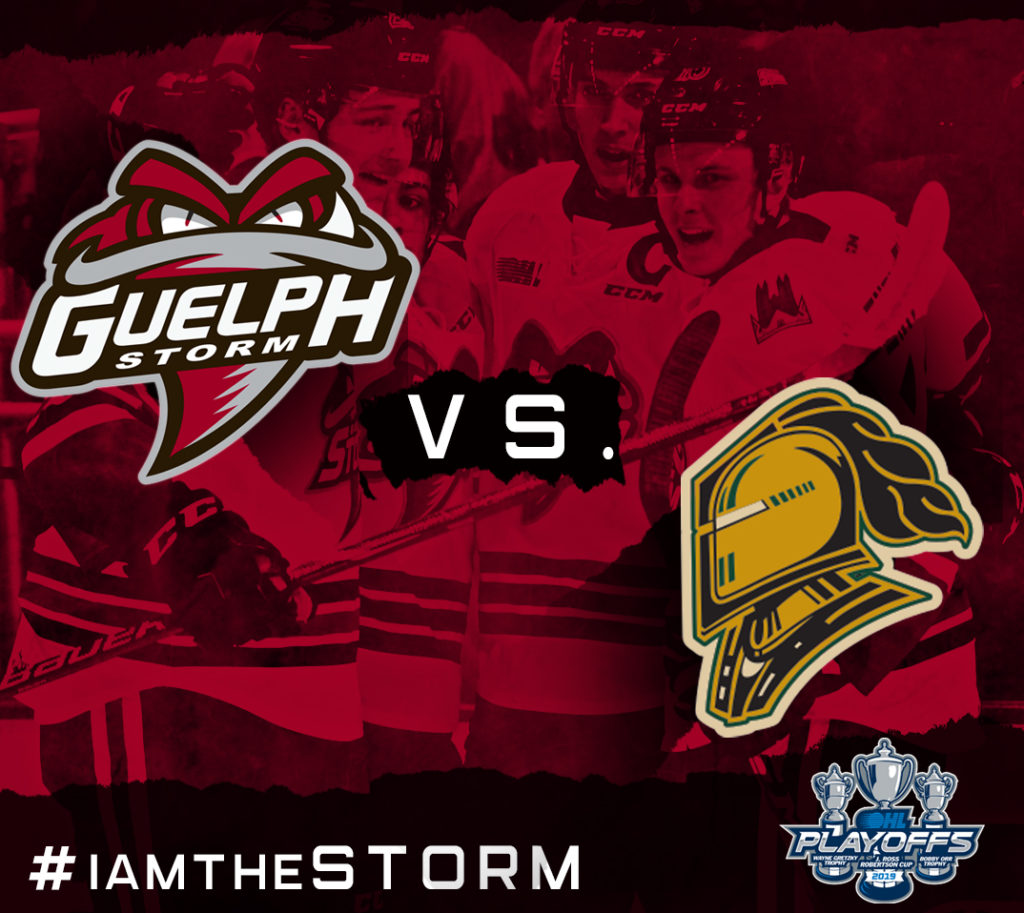 The Guelph Storm and London Knights will meet in the second round of the 2019 OHL playoffs.

Second round playoff tickets are now on sale. Purchase online here or call the Guelph Storm Box Office at 519-837-9690.

A win by the Sault Ste. Marie Greyhounds last night over the Owen Sound Attack means the fourth placed Storm will face the 1st placed London Knights in the second round of the 2019 OHL Playoffs.

The best-of-seven series begins Friday night in London. The second game will be played on Sunday, April 7th before the series shifts to Guelph for two games. The third home game, if necessary, will be played at the Sleeman Centre on Saturday, April 13th at 7pm.

Tickets can be purchased online or by calling the Guelph Storm Box Office.