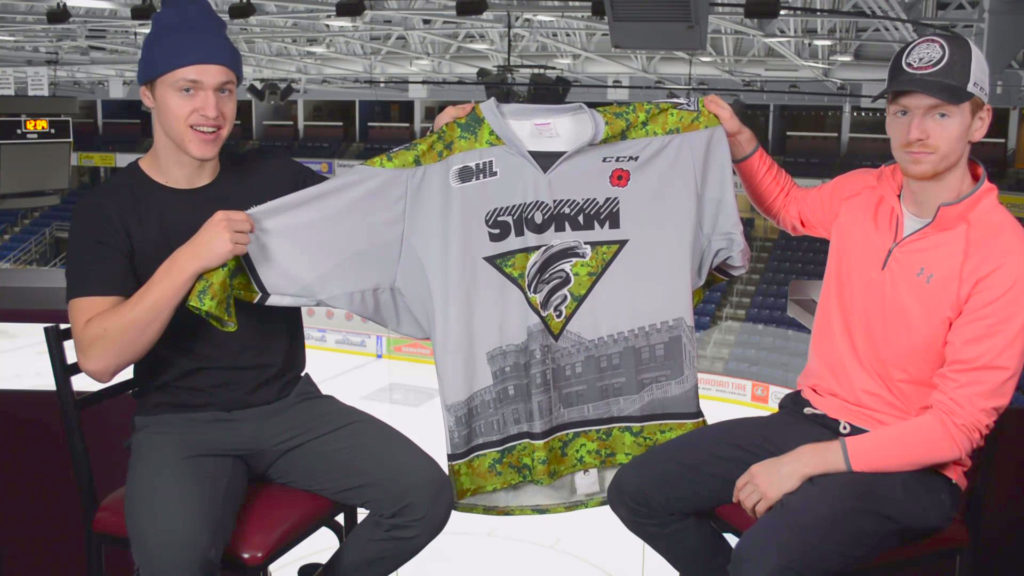 The Guelph Storm are proud to unveil plans for the team’s annual Veterans’ Week game on Saturday, November 9th vs. the Kingston Frontenacs. In addition to a special pre-game ceremony in partnership with Guelph’s Royal Canadian Legion Colonel John McCrae Memorial Branch 234, the Storm will be wearing one-of-a-kind jerseys to commemorate the Guelph Armoury.

Guelph’s Amoury is located in downtown Guelph and only a short distance from the Sleeman Centre.  The Armoury stands tall because of its prominent location and conspicuous appearance making it a familiar local landmark in the Royal City and remains a constant reminder of our city’s proud involvement in Canada’s Armed Forces dating back to it’s construction in 1906-07.  Guelph’s Armoury is closely associated with the reform and expansion of the Active Volunteer Militia from 1886 to 1911. The reforms transformed the militia from a citizen militia into an efficient military force prepared for action when the First World War broke out. Guelph’s Armoury was used as both a training and recruitment centre during the ‘Great War’.  Well over a century later, the Armoury continues to operate as a Canadian Forces armoury.