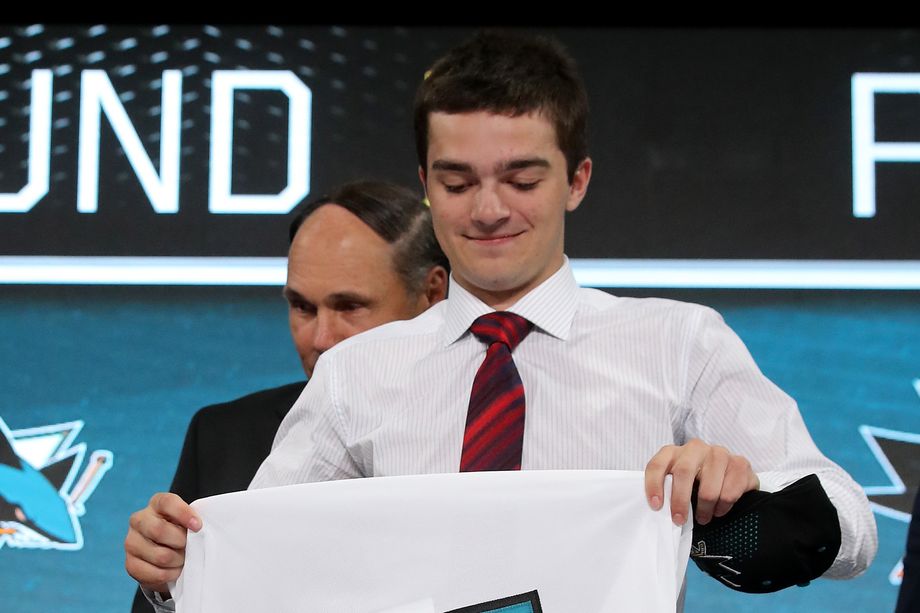 Ryan Merkley is drawing high praise and lofty comparisons following the San Jose Sharks rookie tournament that took place over the second weekend of September, less than three months after the young defenseman was snagged with the 21st overall pick at the 2018 NHL Draft.

The man pumping the kid’s tires is Roy Sommer, the longtime head coach of San Jose’s AHL affiliate, who has seen his fair share of prospects come and go over the past two decades.

“I’ll tell you what, he’s something special, really,” Sommer said of Merkley after coaching him at the tournament, per The Athletic’s Kevin Kurz.

Sommer was so impressed that he invoked the name of a former standout blue liner in San Jose.

“I had Dan Boyle his first year when he just came out of college,” Sommer said. “(Merkley) is a lot like that. High compete (level), made a lot of plays.”

Boyle was an undrafted 22-year-old when he played for Sommer and the AHL’s Kentucky Thoroughblades back in 1998-99. From that point on, he recorded 605 points over 1,093 career regular season NHL games, winning the Stanley Cup with the Tampa Bay Lightning in 2004 and doing all he could to help the Sharks reach the same goal later in his career.

Merkley wasn’t even born yet when Boyle left college, and is still fours years away from reaching the age at which Sommer was introduced to one of the best defenseman to ever put on a Sharks jersey. While he’s already matched Boyle’s 5-foot-11 height, there’s still plenty of room for Merkley’s frame and game to grow, but Sommer can see him flourishing into that type of successful player, likely after some time spent with him at the AHL level.

“We’re probably three years away (from Merkley playing in the NHL) — what’s he going to be like in three years, when he’s doing this stuff now?” Sommer asked. “A lot of stuff (Boyle) did (at 22), this guy is doing at 18.”

Sommer isn’t the only person impressed by Merkley. Corey Pronmanof The Athletic released his list of the top 100 NHL prospects entering the 2018-19 season, and the Sharks’ first-round draft pick Ryan Merkley comes in at 28th under the “high-end prospect” label.