Storm win it in a shootout 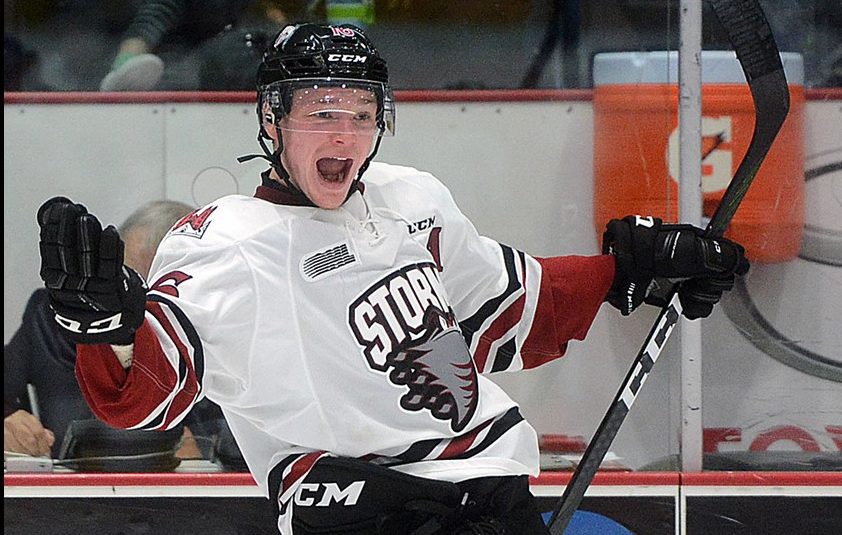 The fans might have enjoyed the Guelph Storm’s 4-3 shootout win over the Erie Otters Friday night at the Sleeman Centre, but George Burnett wasn’t too thrilled.

Nate Schnarr won it, the only player to score in the shootout, beating Erie netminder Troy Timpano with a wrist shot.

It was the Storm’s third win in its past four games.

Burnett was enjoying the win, but with a caveat.

“I don’t know if we took a lot of steps about learning how to win tonight. We can’t trade chances like that, whether it’s the overtime or otherwise.

“We were pretty fortunate to get two points tonight, we’ll certainly take it, but we need to be a whole lot better (Saturday) without the puck, protecting the puck and just making better choices.”

Storm goaltender Anthony Popovich, who wasn’t called on for many big saves for the first two periods, was outstanding in the third and even better in overtime, making several huge saves, then stopping all three Erie shootout attempts.

“I think he’s learning how to win,” Burnett said of Popovich.

Guelph held a 2-0 lead early in the second period on goals by Barret Kirwin, shorthanded, and Garrett McFadden, on the power play.

But the Otters scored a pair of goals 14 seconds apart late in the period to tie the game.

Cedric Ralph’s fourth of the season put the Storm up at 18:17 of the middle frame, then Jordan Sambrook’s second of the game 5:37 into the third period dictated the extra curriculars.

Schnarr said his shootout move was his “go-to move” that stems from asking his own goalies what they find hard to stop in a shootout.

Schnarr also had high praise for his goaltender.

“Unbelievable,” he said of Popovich’s 33-saves in regulation, but more so his outstanding play in overtime.