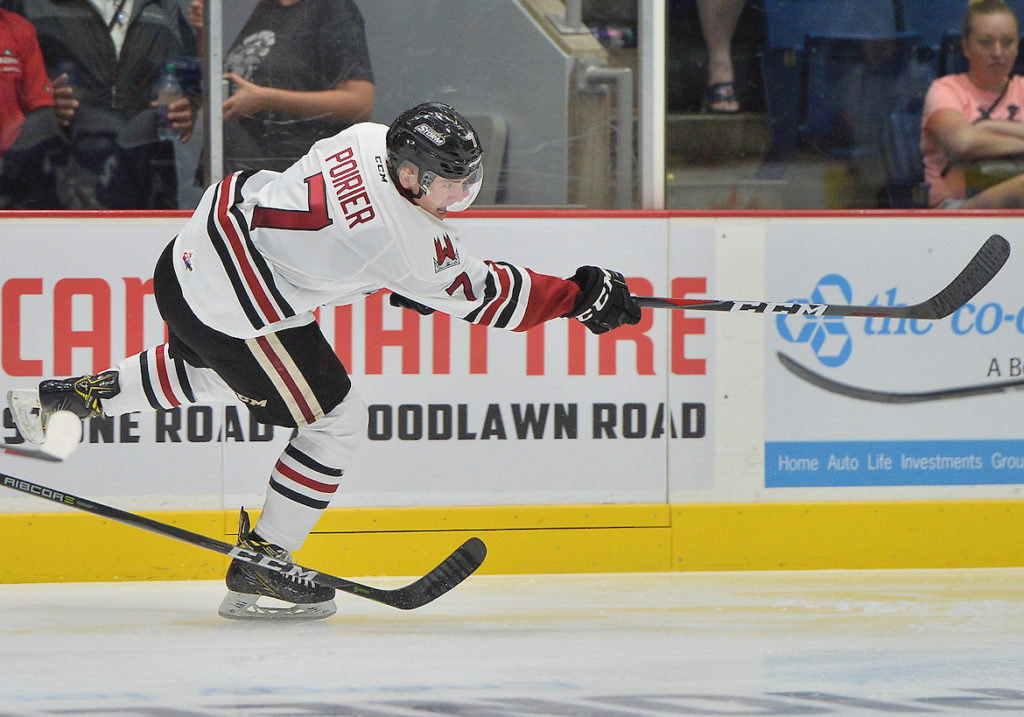 The Sarnia Sting scored six times on 27 shots in a 6-3 home ice win over the Guelph Storm Saturday night.

They host the London Knights Sunday afternoon at 2 p.m.

Guelph’s Mason Primeau opened the scoring early in the first period, but Sania would go on to score two before the frame was over.

After the Storm’s Zach Poirier tied it early in the second, the Sting scored 69 seconds later to take a lead for good.