#StormCupTour stops in Burlington and Oakville 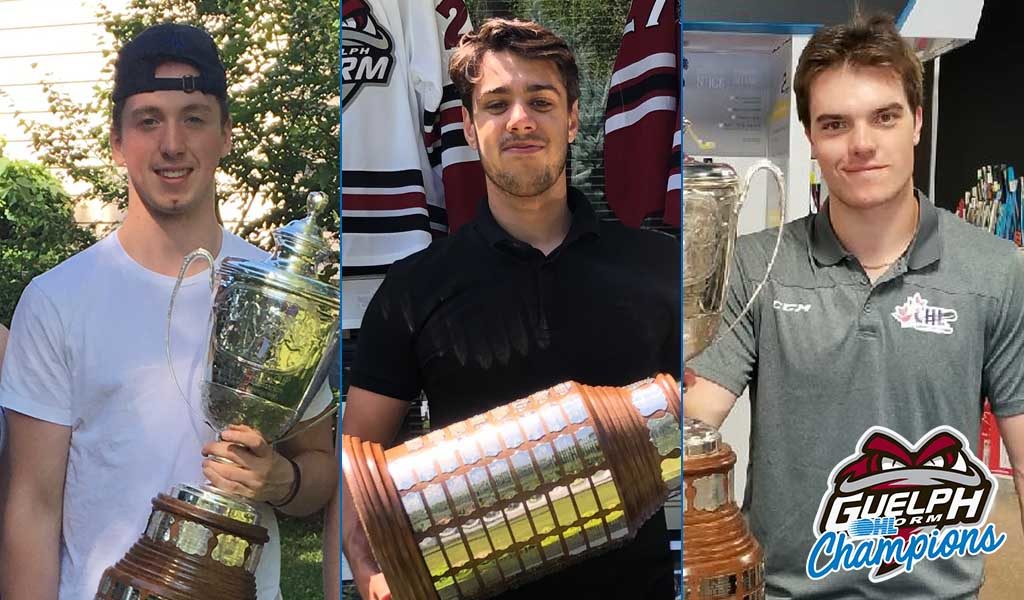 The J. Ross Robertson Cup hit the road for another fun-filled weekend of celebrations with the OHL champion Guelph Storm, making stops in Burlington and Oakville.

Things got started at Al’s Source for Sports in Burlington on Friday as big netminder Nico Daws met fans and signed autographs alongside the Cup. He also stopped by the Burlington Eagles Minor Hockey office for a visit as well.

Fourth-year veteran and overage graduate Dom Commisso enjoyed some time with the trophy at his home in Oakville, Ont. before the Cup went across town to see rookie defender Zack Terry, this past season’s co-recipient of the Ivan Tennant Memorial Award.

Terry celebrated with family and friends and even had minor midget teammate Jake Murray of the Kingston Frontenacs over for a visit.