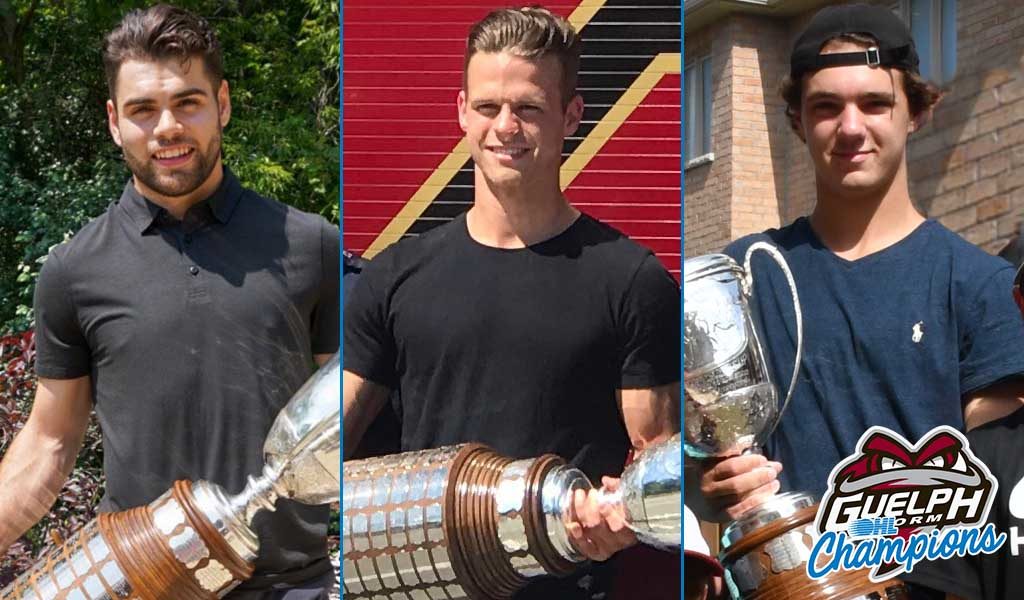 The Robertson Cup was on the move again, visiting three Guelph Storm players over the August long weekend.

Los Angeles Kings prospect Markus Phillips was the first stop on Saturday as the veteran defenceman paid a visit to his aunt in Richmond Hill where he had a chance to put her dog ‘Ruby’ in the bowl for a quick snapshot. From there, Phillips traveled to Port Perry for a surprise visit with his grandparents.

Stouffville, Ont. native Zachary Roberts celebrated his 20th birthday with the Cup on Sunday. He took the trophy around Stouffvile, stopping for a picture with local firefighters as well as city mayor Iain Lovatt. Roberts had family and friends over for a celebration in the evening as he blew out the candles to cap off a great day.

Storm rookie Ty Collins had the Cup in Newmarket, Ont. on the holiday Monday. The 17-year-old took the trophy to a local four-on-four road hockey event to start the day before inviting family, friends and a number of former York-Simcoe Express teammates over to celebrate in the afternoon.