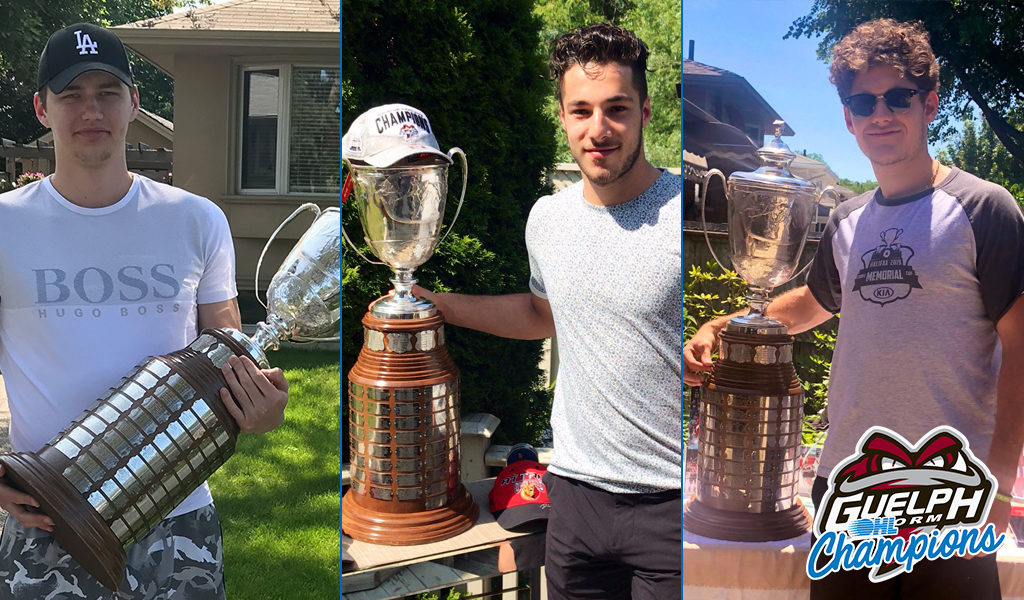 After kicking things off with Isaac Ratcliffe and Nick Suzuki in London last weekend, the Guelph Storm J. Ross Robertson Cup Tour visited Toronto, Mississauga and Windsor this past weekend to visit three defenders who played a lot of minutes down the stretch for the OHL champs.

Minnesota Wild prospect Fedor Gordeev took the Cup to his home in Toronto on Friday, enjoying some time with family and friends before it made its way westward to the home of Los Angeles Kings prospect Sean Durzi on Saturday.

Durzi had immediate and extended family over to visit along with friends from the surrounding neighbourhood for a backyard barbecue.

The J. Ross Robertson Cup made its way down the 401 to Windsor, Ont. on Sunday, ending the weekend with Owen Lalonde and family. Lalonde, who is preparing to attend Development Camp with the Detroit Red Wings, couldn’t have asked for better weather on his day with the Cup.