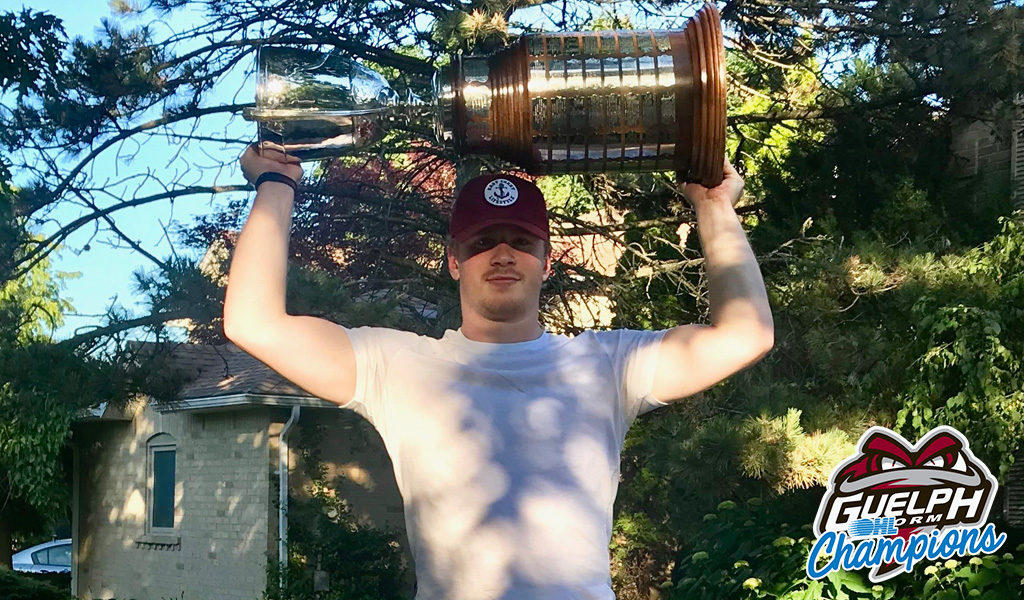 The J. Ross Robertson Cup made its way to Whitby, Ont. this past weekend, stopping in for a visit with back-to-back champion Jack Hanley.

An overage defenceman who hoisted the trophy last spring as a member of the Hamilton Bulldogs, Hanley was an offseason addition to the Storm prior to puckdrop in September and filled his role admirably, wearing an ‘A’ for the veteran-laden club.

The OHL’s last remaining player to suit up for the Belleville Bulls, Hanley welcomed family and friends including TSN’s Darren Dreger for a backyard visit.

Hanley played in a total of 278 career regular season contests while also making 53 postseason appearances, scoring his first playoff goal on April 13th as part of Guelph’s miraculous series comeback against the London Knights. He picked up a goal and two assists in the 2019 Memorial Cup Presented by Kia as well.