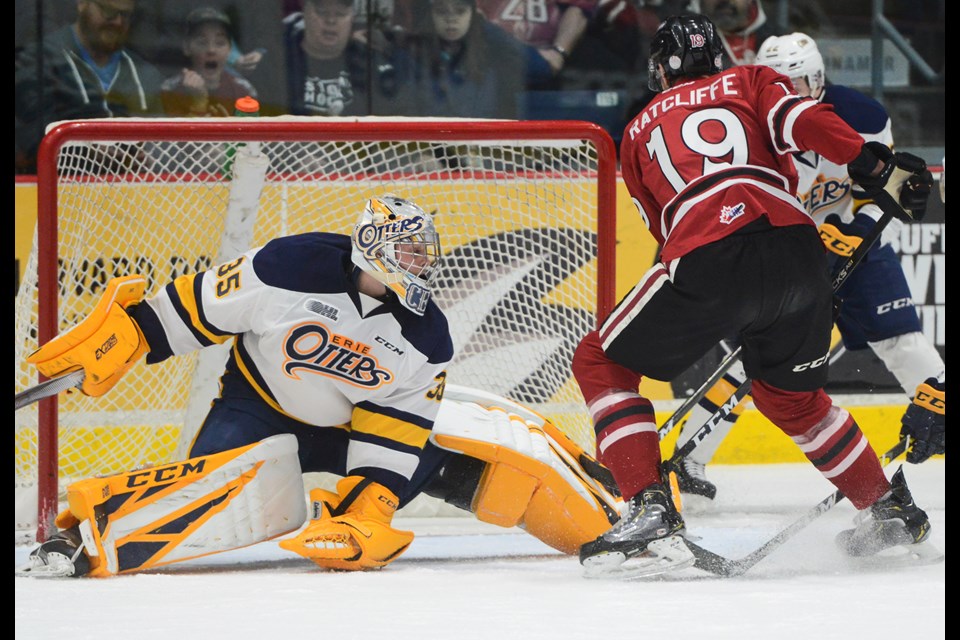 It was a subtle change, but one that paid immediate dividends.

Nick Suzuki, a natural centre who has been playing wing most of his time since arriving in Guelph just before the trade deadline, was moved back to the middle Friday night against the Erie Otters, playing between Isaac Ratcliffe and Nate Schnarr.

The result was a tidy 4-1 win for the Storm and two assists for Suzuki.

Ratcliffe had the hat trick and Keegan Stevenson, back after missing three games with a concussion, had the other Storm goal.