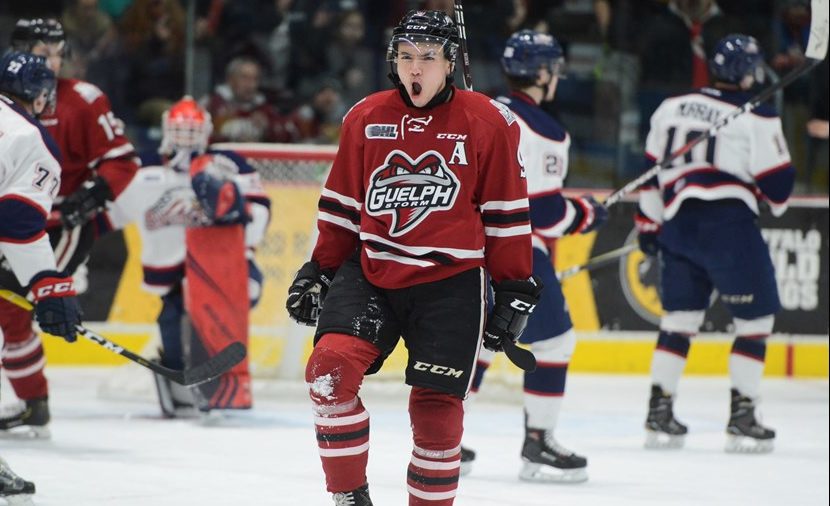 MONTREAL – Nick Suzuki seems to have found his rhythm with the Guelph Storm.

Acquired from the Owen Sound Attack on January 9, Suzuki has scored 10 goals for 41 points in 23 games since joining his new team.

Suzuki has put up 20 points (5G, 15A) in just his last six games. Those stats reflect the fact that he has successfully transitioned to his new squad, he says.

“I would say I’m more and more comfortable with the team, my teammates, the coaches, and the system. Just to feel comfortable is important for me,” mentioned the 11th-highest scorer in the OHL with 32 goals and 86 points in 53 games. “I think it really starts to show in games.”

For those six games, the London, ON native has pivoted a line that has given opposing teams lots of grief.