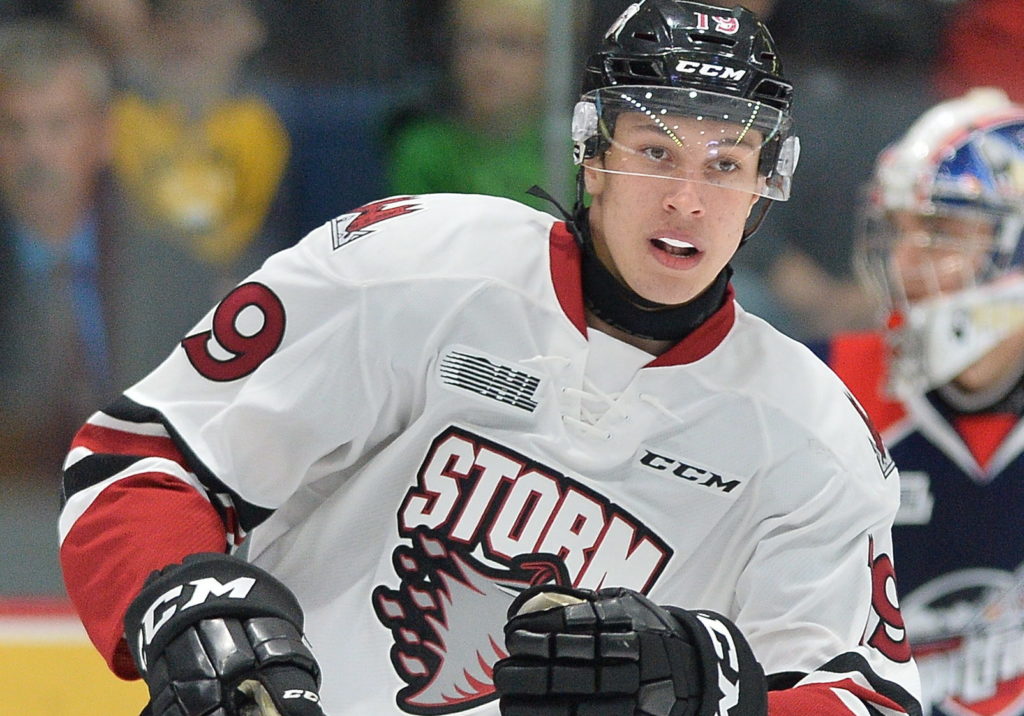 POPRAD, Slovakia – MacKenzie Entwistle (Georgetown, Ont./Hamilton, OHL) led the offence with a goal and an assist, helping Canada’s National Men’s Under-18 Team to a 4-1 win over Latvia in the opener for both Thursday at the 2017 IIHF U18 World Championship.

The Canadians owned the puck for long stretches of the game; they held a 54-19 advantage in shots on goal, including 41-9 over the final 40 minutes. Despite the loss, Latvian goaltender Niklavs Rauza starred in a 50-save performance.

After a handful of early chances, Canada struck first just shy of the 12-minute mark of the first period. A turnover at the Latvian blue-line ended up on the stick of Stelio Mattheos (Winnipeg, Man./Brandon, WHL), who was awarded a penalty shot after he was pulled down with no one between him and Rauza.

Mattheos dangled his way in and went backhand to forehand before roofing a shot over the glove of the Latvian netminder from in close for the 1-0 goal.

The Europeans battled back to tie the game late in the opening frame; Rihards Paskausks buried a rebound past Canadian goaltender Ian Scott (Calgary, Alta./Prince Albert, WHL) to send the game to the intermission even at 1-1.

Canada ramped up the offence in the second period, outshooting Latvia 25-6, and took the lead for good when Entwistle went cross-crease to set up Maxime Comtois (Longueuil, Que./Victoriaville, QMJHL) for a power-play goal at 3:36.

With the Canadians comfortably on their way to victory, Entwistle capped the scoring just past the midway mark of the third period, redirecting a wrist shot from Ty Smith (Lloydminster, Alta./Spokane, WHL).