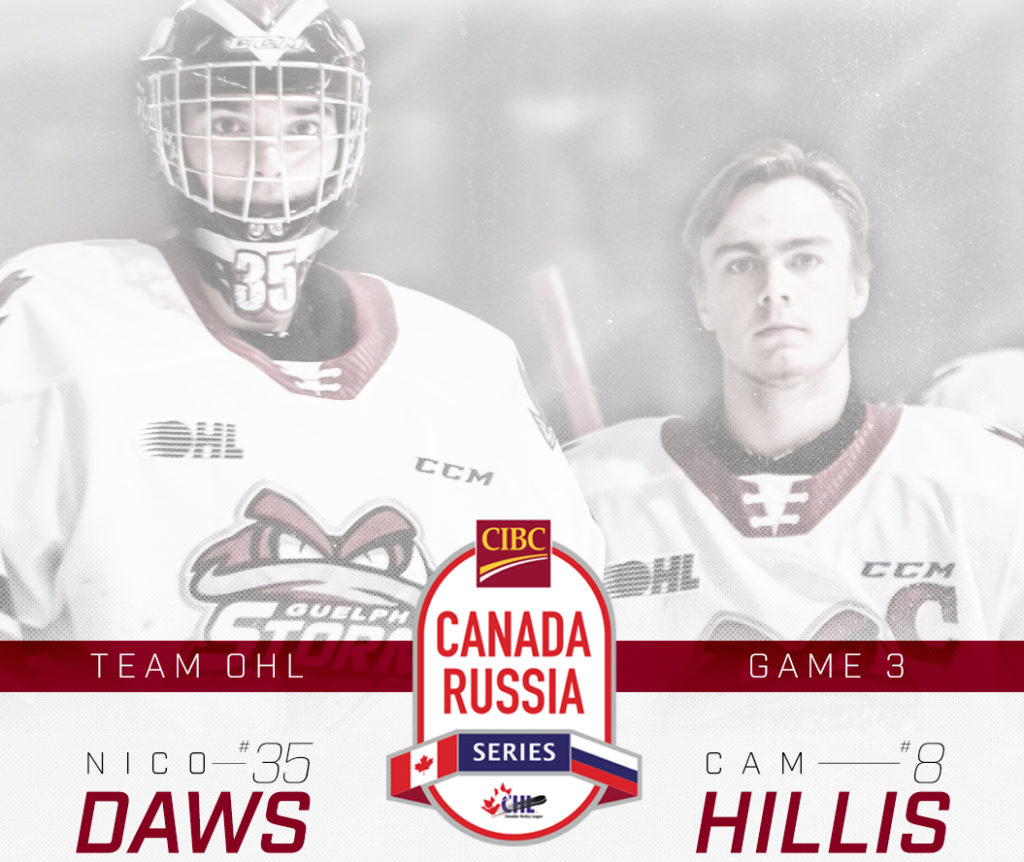 The 2019 CIBC Canada Russia Series is coming to Ontario after a pair of one-goal decisions in Saint John and Moncton.

Edmonton Oilers prospect Raphael Lavoie put an end to a thrilling Game 2 of the series on Tuesday in Moncton, scoring the overtime winner 1:58 into the extra frame as Team QMJHL passed the torch to Team OHL with Russia holding a 4-2 series lead in points.

Team #OHL is in town for the @cibc #CANvsRUS Series ???? pic.twitter.com/OaLD19FcLc

“I thought both games the kids worked their butts off and did whatever it took to win,” said QMJHL head coach Dale Hunter (London Knights), who will be manning the bench for all six games of the CIBC Canada Russia Series. “It didn’t work out the first game but they came back here and played better so it’s a credit to them in there that the will to win is there and they want to win bad.”

The CIBC Canada Russia Series returns to Kitchener for a third time and the first since 2007. Team OHL has won each of the past two meetings at The Aud. The last time the event came to Kitchener, Team OHL featured such names as Steven Stamkos, John Tavares, Logan Couture and Drew Doughty.

Kitchener Rangers forward Riley Damiani will have the opportunity to suit up before what’s expected to be a sold out building on Thursday. The Dallas Stars prospect is used to playing in front of 6,600 at The Aud.

“You see them out Friday nights and it’s always buzzing,” said Damiani. “I’m expecting big things from our fans and we sold out pretty quick for this game, so I’m sure they’re excited and I’ve heard a lot of good things around the community for people coming out and supporting Team OHL.

“These guys are going to have an eye-opening experience playing in front of this crowd.”

This marks the fourth straight season that Russia and the CHL have split decisions in the opening two games of the series, with the QMJHL opening things on Canada’s east coast for the first time since 2013. Team OHL has split decisions against Russia in each of the past three seasons, with the most recent encounters coming in Sarnia (W 3-1) and Oshawa (L 4-0) last year.

Thursday’s contest will be aired live on Sportsnet ONE and NHL Network when the puck drops at 7:00pm ET.