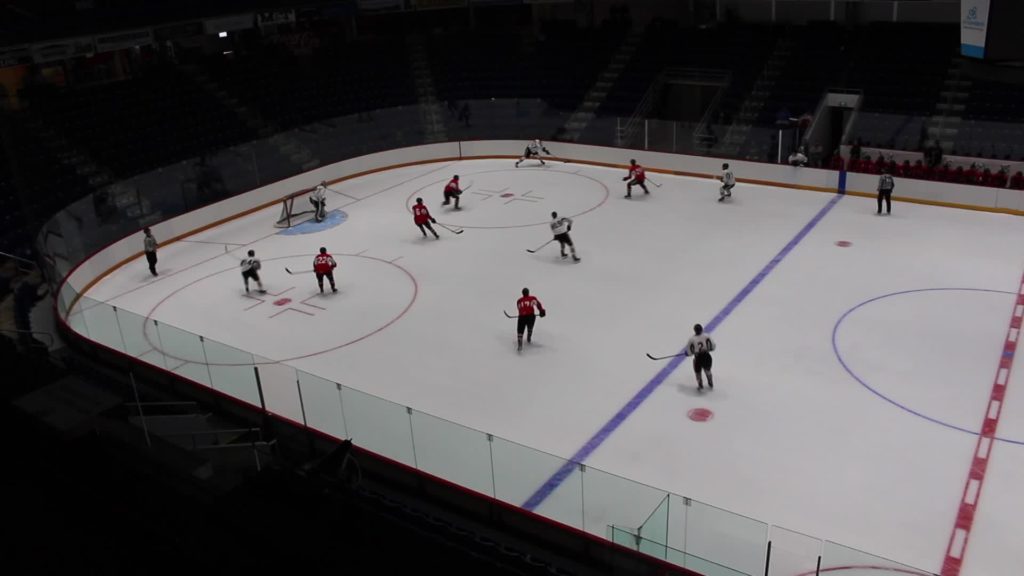 The Guelph Storm closed Day Three of the 2017 Training Camp with their fourth and final scrimmage of the week, featuring Team White vs. Team Red.

It was another high-scoring affair on Thursday evening and Team Red kicked it off when James McEwan beat Nico Daws to give Team Red the lead.

Team White responded with a goal from Isaac Ratcliffe burying a nice feed from Cam Hillis.

Team Red quickly countered and took full control as Liam Hawel scored the equalizer followed by a point blast from Mark Woolley and McEwan’s second goal of the game.

In the dying moment of the first half, Mason Primeau rifled a shot into the top corner, pulling Team White to within one-goal.

The second half got off to a blistering start as Team White and Team Red exchanged multiple goals. Owen Lalonde kicked-off the goal-scoring parade with a wrist shot from the point.

But the lead was short-lived as Alexei Toropchenko scored another tally to tie the game at 5-5.

Both teams continued to trade chances, but it was Givani Smith of Team Red to break the time, with an excellent shot tucked under the crossbar.

Following the Hillis goal, Team White wouldn’t look back as Ratcliffe added two more goals, completing the hat-trick en route to Team White’s 8-6 win.
Anthony Popovich (1st half) and Nick Haas (2nd half) manned the goal for Team Red, while Nico Daws was between the pipes for Team White.
The Storm kick off their preseason schedule with a road game on Friday, September 1, and make their home debut on Monday, September 4, followed by home games on Thursday, September 14 and Saturday, September 16, for tickets, click here.
The Storm open the 2017-18 regular season on Friday, September 22nd when they host the visiting Sarnia Sting at 7:30 pm. Tickets to all Storm 2017-18 regular season home games are on sale now and can be purchased online here, in person at the Guelph Storm Box Office located at the Old Quebec St. Shoppes, by phone 519-837-9690.