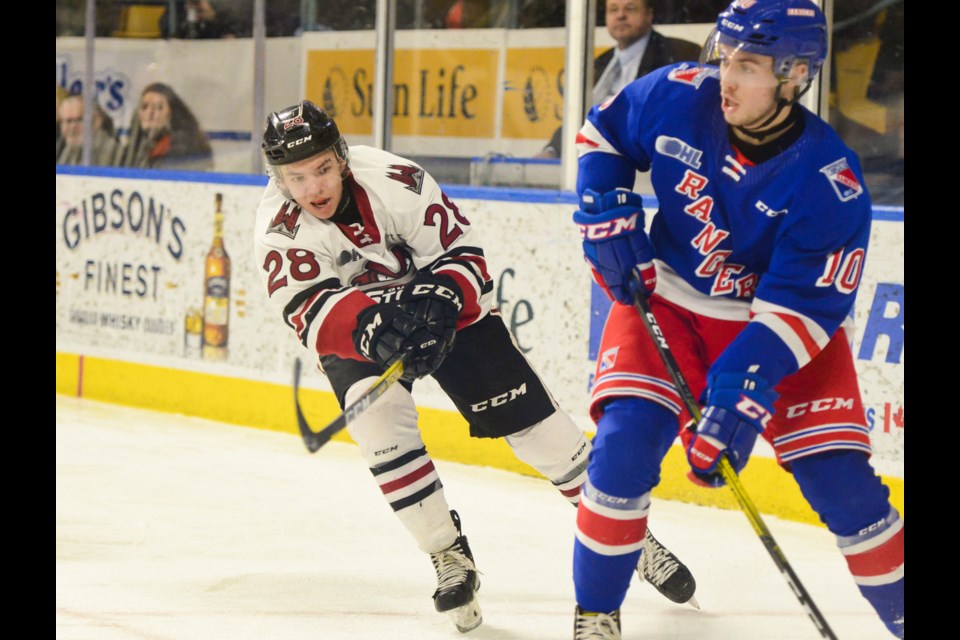 KITCHENER – They all hurt when you’re on a losing streak, but this one had to sting a little more.

The Guelph Storm blew a 3-0 lead Sunday, eventually falling 5-4 to the Kitchener Rangers in what was Guelph’s seventh loss in a row.

The Storm also led 4-2 early in the third period before faltering.

“We knew they were going to push in the second period and I thought we tried to be a little bit too cute in that second period. A couple of times we took it back into our own end … they’re going to chew you up when they can come at you that hard and we’re worn down.”

Articles CMHA
This Friday, February 28th is the 6th annual Talk Today game at the Sleeman Centre
8 hours ago