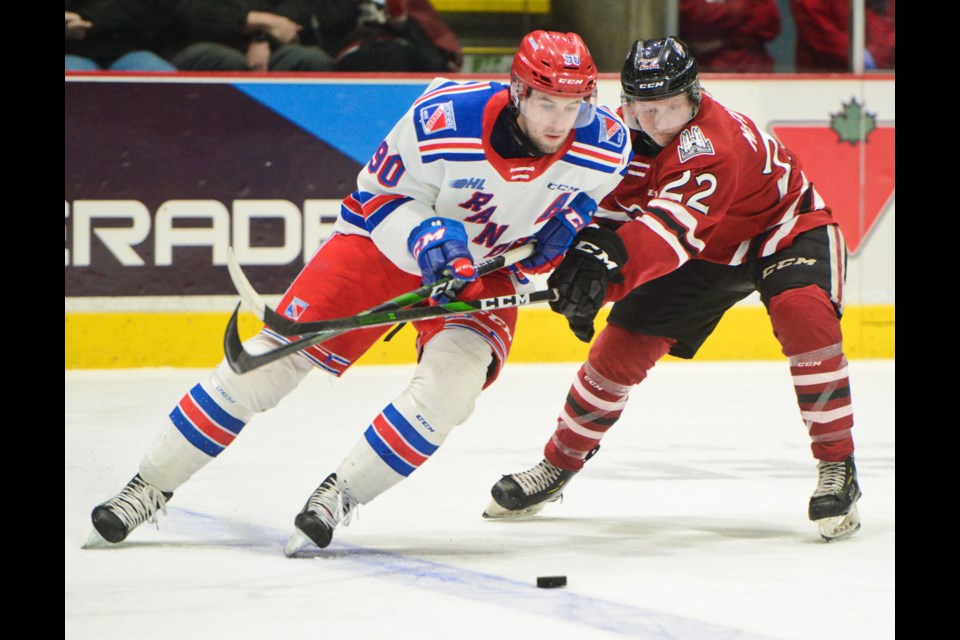 Even when his team was leading 4-3 late in the second period Wednesday night at the Sleeman Centre, Guelph Storm coach George Burnett thought it was smoke and mirrors.

He was proven right, as the Kitchener Rangers scored four unanswered goals in the game’s final 21 minutes and 49 seconds to down the Storm 7-4 in what is starting to look more and more like a first round playoff matchup.

“It was awful, to be very honest with you,” Burnett said of his team’s performance.”We’d be standing here a long time if you wanted me to dissect the whole hockey game for you.

“Right now we’re not on the same page moving in the right direction. I wish I had some more depth at forward so I could put some guys in the stands to watch a little bit, but we don’t, so we’re going to have to work through it,” the Storm coach said.

Guelph trailed 3-1 early in the third before goals by Pavel Gogolev, Danny Zhilkin and Jacob Roach had them leading 4-3 late in the period.