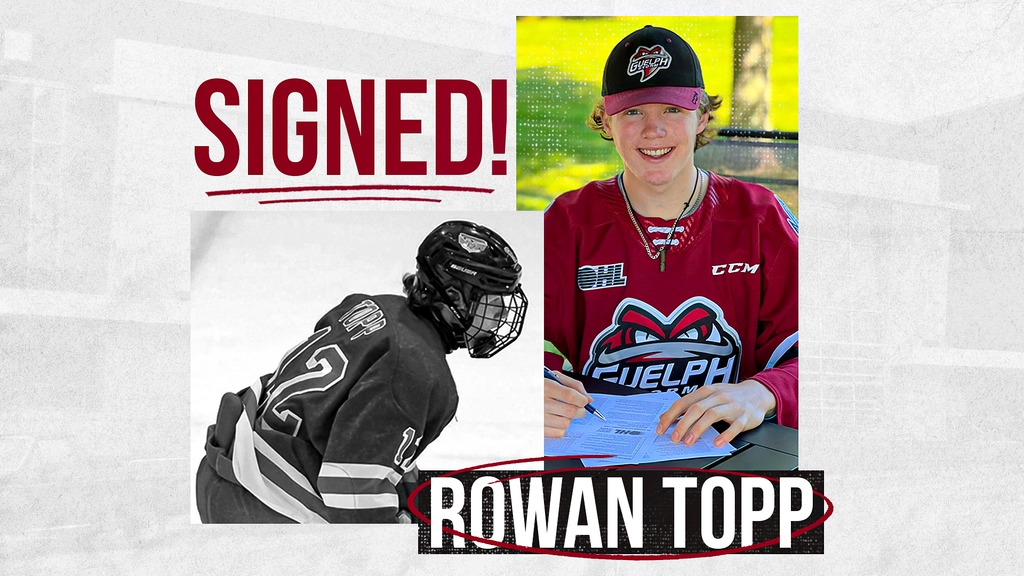 “The Guelph Storm are very pleased to receive a commitment from Rowan and his family,” said General Manager George Burnett. “Rowan brings a unique combination of size, skating, physicality and the ability to move the puck effectively.”

“It is such an honour to commit to the Guelph Storm organization. I cannot wait to experience my first OHL training camp. There is lots of work in my path ahead to get there and make a strong impression,” said Topp. “It is a privilege to commit to the Storm and I look forward to doing anything I can to have a positive impact on the city of Guelph and the Storm organization.”

The 2022-23 regular season kicks off on Friday, September 30th as the Storm host the defending OHL Champion, the Hamilton Bulldogs. Individual game tickets and single game suite rentals will be available for purchase beginning Wednesday, August 3 at 12 pm ET online at tickets.guelphstorm.com, by calling 866-STORM-GO or in-person at the Guelph Storm Box Office in the Sports Hall of Fame Hallway of the Sleeman Centre.