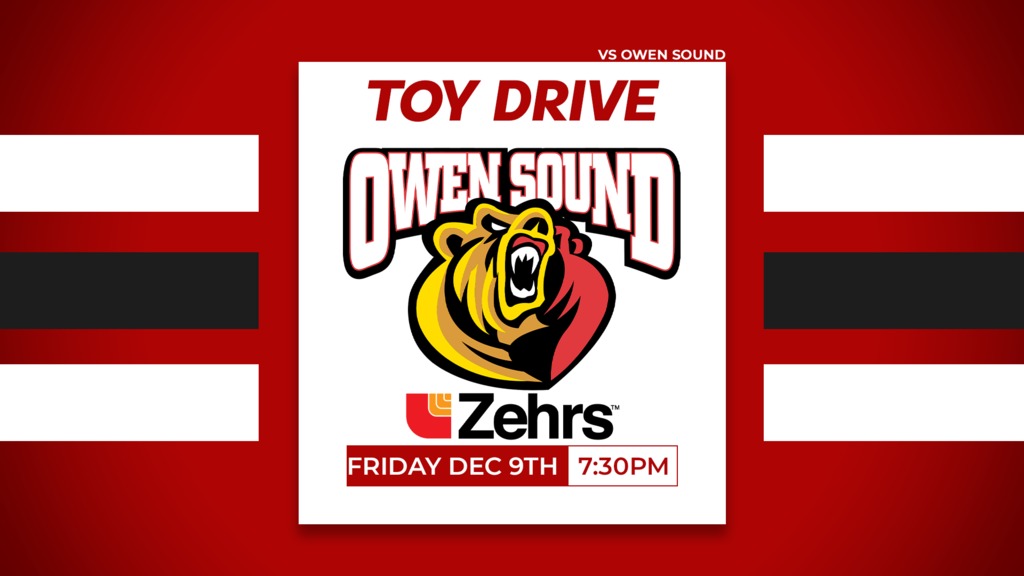 Friday’s game on December 9th at 7:30pm when the Owen Sound Attack visit the Sleeman Centre will feature our 5th annual Holiday Toy Drive in support of the Salvation Army and proudly sponsored by Zehrs®.

New toys can be donated inside Gate 6. Prizes for the puck toss in support of the Salvation Army include 4 $100 gift cards from Zehrs and a team autographed collector’s stick!

Over the last four seasons, over 3,500 toys have been generously donated by Storm fans.