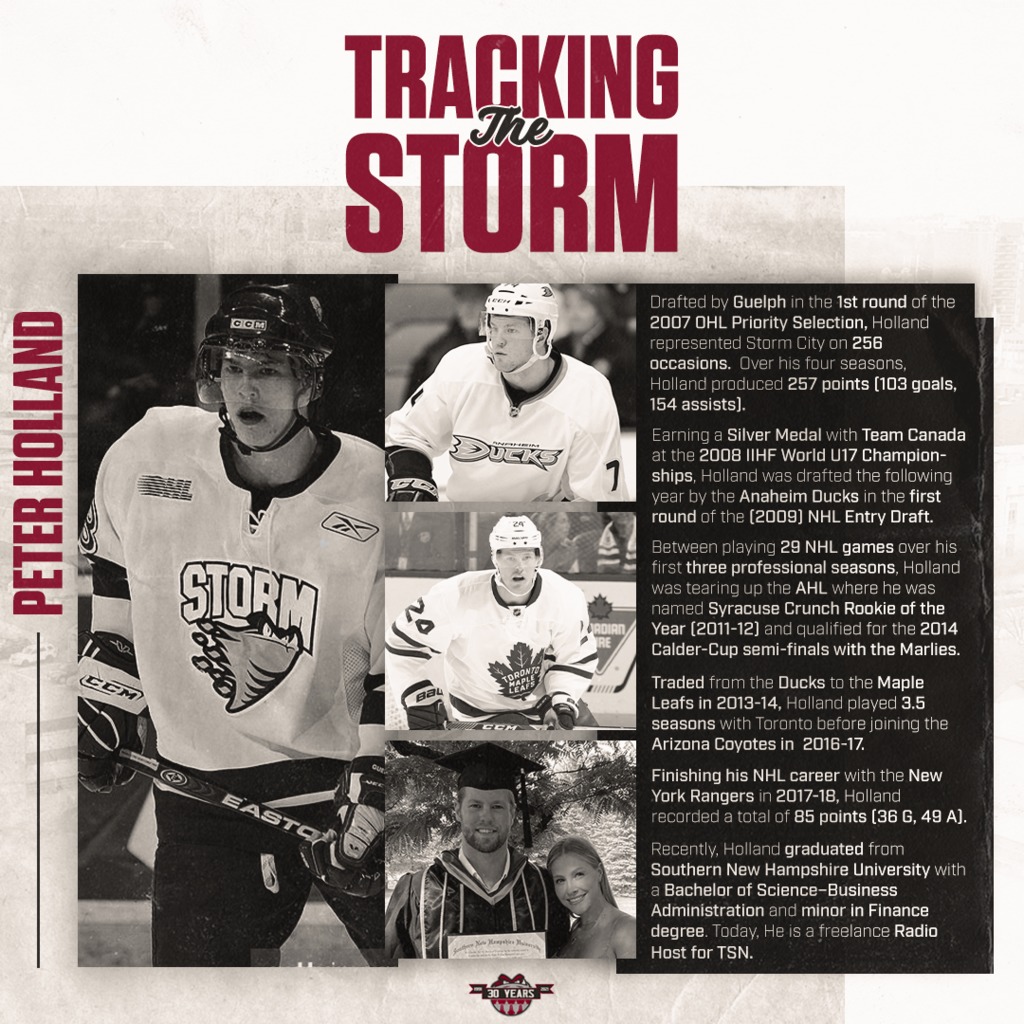 On the radar this week is former Stormer Peter Holland!

Drafted by Guelph in the 1st round of the 2007 OHL Priority Selection, Holland represented Storm City on 256 occasions. Over his four seasons, Holland produced 257 points (103 goals, 154 assists).

Earning a Silver Medal with Team Canada at the 2008 IIHF World U17 Championships, Holland was drafted the following year by the Anaheim Ducks in the first round of the (2009) NHL Entry Draft.

Between playing 29 NHL games over his first three professional seasons, Holland was tearing up the AHL where he was named Syracuse Crunch Rookie of the Year (2011-12) and qualified for the 2014 Calder-Cup semi-finals with the Marlies.

Traded from the Ducks to the Maple Leafs in 2013-14, Holland played 3.5 seasons with Toronto before joining the Arizona Coyotes in 2016-17.

Recently, Holland graduated from Southern New Hampshire University with a Bachelor of Science–Business Administration and minor in Finance degree. Today, He is a freelance Radio Host for TSN.