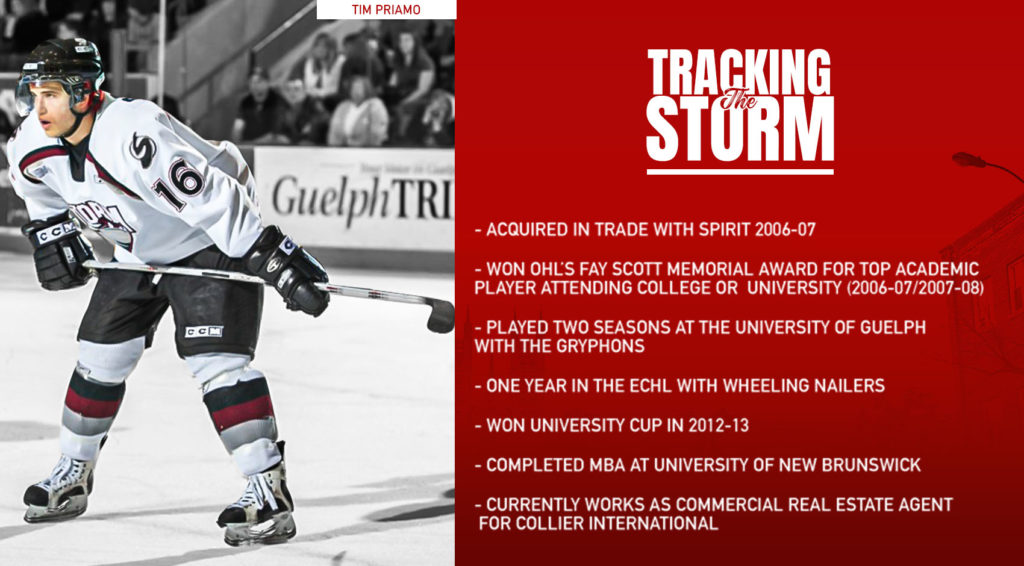 Tim Priamo was acquired by the Guelph Storm in a trade with the Saginaw Spirit in October of the 2006-07 season.   Priamo played three seasons with the Storm where he earned not only the Guelph Storm Roger Neilson Memorial Award (Top Academic Post-Secondary Player) for both 2006/2007 and 2008/2009, but was also recognized by the OHL as the Fay Scott Memorial Award recipient for being the top academic player attending college or university in the same seasons.

In the 2012-2013 season, Priamo won the University Cup along with fellow Storm alumni Tyler Carroll. Over the course of Primao’s post-OHL career, he played in 110-games.

Following the completion of his MBA at the University of New Brunswick, Priamo teamed up with a former teammate to develop a wearable camera that can be mounted on a hockey helmet and record the action from the athlete’s perspective.

Today, Priamo is a Commercial Real Estate Agent for Colliers International and can also often be found in local rinks coaching and developing youth teams and players.