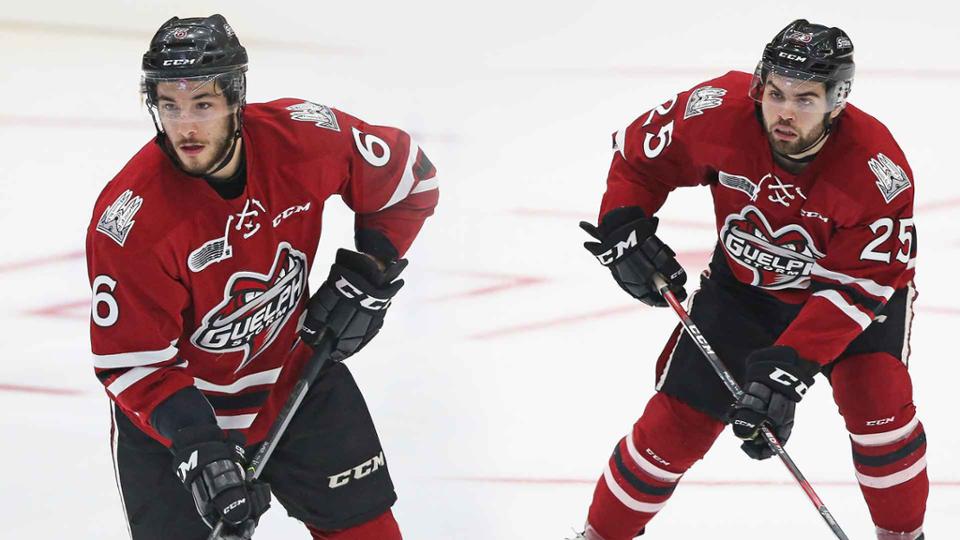 LA Kings prospects Markus Phillips and Sean Durzi have a lot in common.

The two close friends are both former members of the Owen Sound Attack, current teammates on the Guelph Storm and most of all, they both love a good challenge.

The pair of defenseman, along with the rest of the Storm roster, had to overcome plenty of challenges in order to make it to the OHL Championship.

They battled back from not only one, but two series deficits to force a pair of game sevens on the road. They first beat the London Knights after coming back from trailing the series 3-0, then took down the Saginaw Spirit after starting the series down 2-0.

“It’s good that [Phillips] and I can bring our experiences from previous seasons,” Durzi said to the Ontario Hockey League.

“We’ve won a lot of series together and faced a lot of adversity, so what’s a little more? A challenge like this is nothing new to the both of us so we’re ready to go out and give it everything we’ve got.”

It’s brought them here, to the OHL Championship against the Ottawa 67’s, a team who had gone undefeated in the playoffs until this series. The Storm found themselves in a familiar position after the first two games, down 2-0, until Monday night when they handed the 67’s their first loss of the playoffs in a convincing 7-2 win.