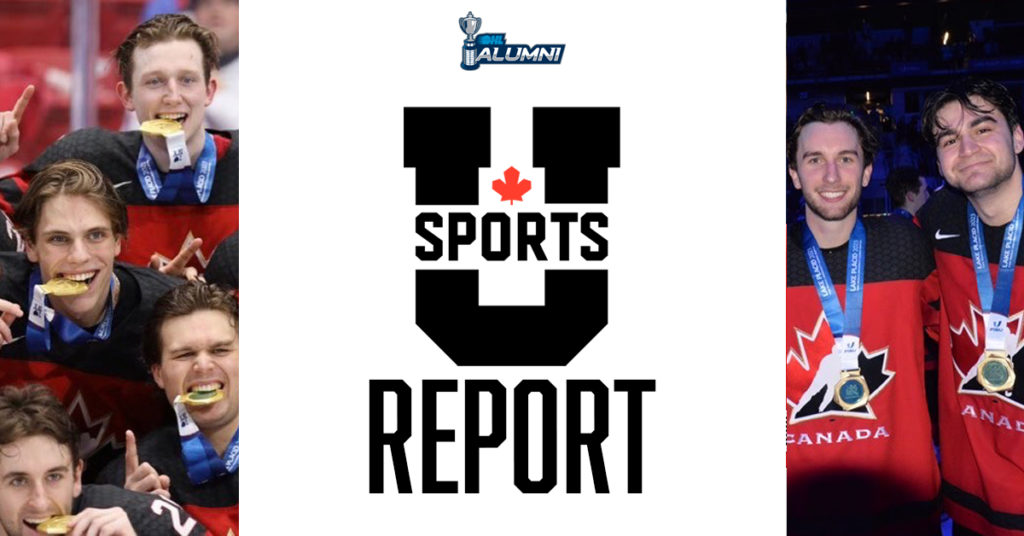 For the first time since 2013, Canada has won gold in men’s hockey at the FISU Games. Capping an outstanding tournament performance that saw them outscore their opponents 48-8, the Canadians topped their rivals.

“It’s an amazing feeling. When this group came together two weeks ago, this is what we wanted,” said Ottawa 67’s graduate Austen Keating. “We had guys coming from all over the country, and they are all top three or top six guys on their teams. Everyone sacrificed what they do on their school teams, and we finished with a gold medal. It’s an amazing feeling.”

Keating opened up the scoring for Canada early in the first, delighting the Canadians in attendance. Canada went into the intermission up 2-0 and holding a decisive 18-3 advantage in shots on goal in the frame.

In the second period, Canada scored twice less than a minute apart, including a bullet from Oshawa Generals’ alumni Kyle Bollers. The United States would get one back, but less than 30 seconds later, team Canada silenced the crowd, scoring on the man advantage on a pass from former OHL Champion Liam Hawel.

Though USA cut into the lead late in the game, it wouldn’t be enough as the Canadians continued their scoring ways including a goal from former North Bay Battalion forward Matthew Struthers to lock down the gold medal.

The final shots were 47-19, as the Canadians were backstopped to victory by Mississauga Steelheads alumni Kai Edmonds.

For more on the tournament performance, visit usports.ca.