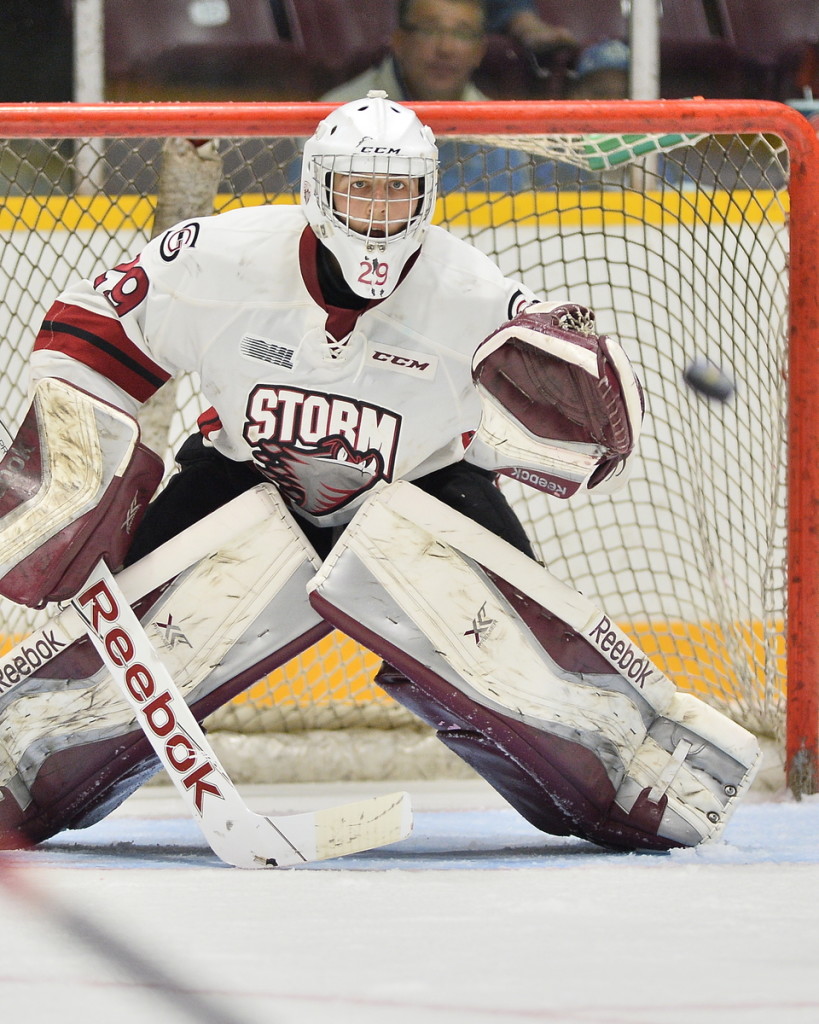 By Tony Saxon, Guelph Mercury
Bradley Van Schubert went from being a forgotten man to the main man Friday night in London.

The number three man on the Guelph Storm’s goaltending depth chart was called into action after starting netminder Justin Nichols got injured with the Storm trailing 3-0 early in the second period.

Van Schubert then stood on his head and was the main reason the Storm was able to rally for its first point in 15 games, falling 5-4 in overtime to the London Knights at Budweiser Gardens.

“It’s just my job right now,” said Van Schubert, an occasional back-up on a team that carries three goaltenders for the time being.

“I can’t say enough about the guys in that room. Despite what we’re going through right now there is no cracking, no arguments. It’s just a great group of guys that’s sticking together,” Van Schubert said.

Technically the loss tied a club record for 15 in a row, although this would have been a tie back when that record was set 25 years ago.

Aaron Berisha ended it at 3:44 of overtime, stepping out of the corner all alone after two Storm players went to the same man, then firing a wrist shot into the top corner over Van Schubert’s shoulder.

It was a bittersweet night for the Storm, who trailed 4-1 late in the second period before rallying to tie the game in the third on a Garrett McFadden point shot.