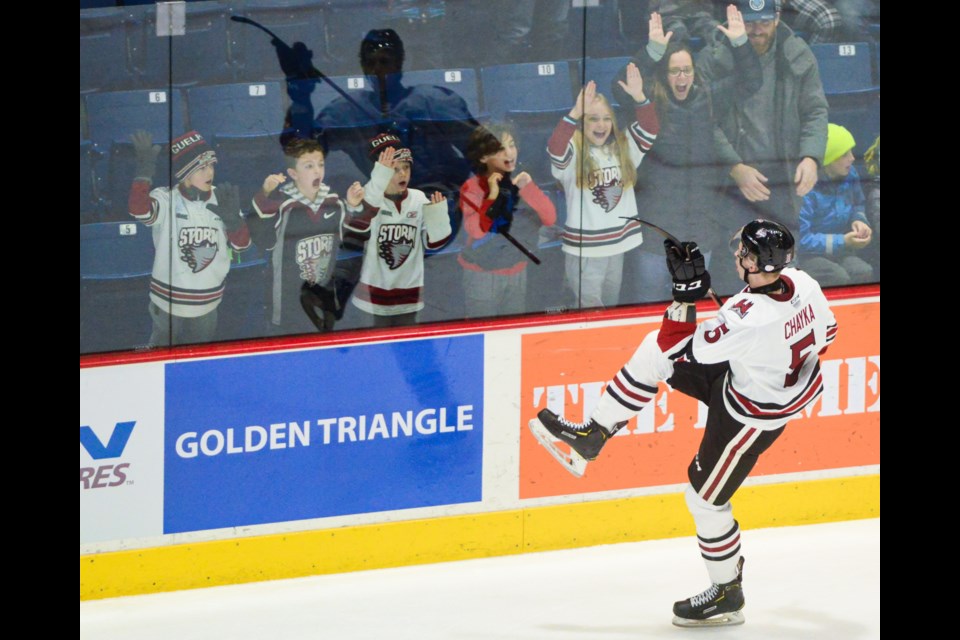 It was a big night for young Cooper Walker at the Sleeman Centre.

Daniil Chayka won it at 2:19 into the extra hockey, cutting in alone on Attack netminder Mack Guzda and wristing it in, ruining a two-goal comeback by the visitors in the third period that saw them tie the game with 30 seconds left in regulation.

Walker, a rookie who came into the game with just one assist in his first 13 games, had a pair of helpers Friday night as the Guelph Storm downed the Owen Sound Attack 4-3 in overtime.

He also got the hard hat in the dressing room as the team’s hardest working player on the night and picked up some cash as the team’s top academic performer for the first half of the month.

Big smiles after a big win.

Walker said he’s finally starting to get to the point where he is playing on hockey sense rather than trying to overthink this new level of hockey.