With NHL dreams, Smith overcomes abuse on and off the ice 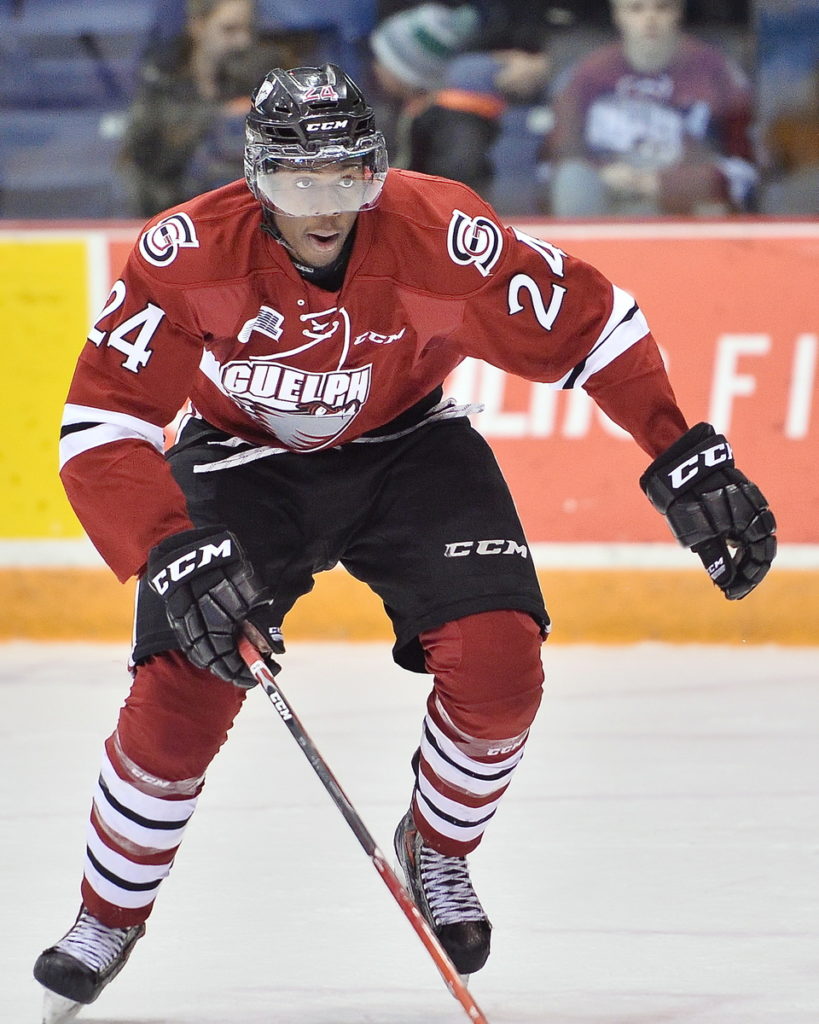 Kids used to call Givani Smith ‘white’ when he was growing up.

That’s because the former Guelph Storm Right Wing player was the only black kid playing hockey in his Rexdale neighbourhood when he was growing up in the late ’90s.

When Givani’s parents came to Canada from Jamaica, they found themselves intrigued by the country’s national sport, and soon became a Leafs fans.

Givani and his brothers started playing road hockey until he was 6, and his parents signed him up to play ice hockey, along with his brother Gemal.

Today, the Smith brothers have both been drafted by the NHL – Givani by Detroit Red Wings and Gemal by the Boston Bruins. Both currently play for the affiliate teams, the Grand Rapids Griffins and the Providence Bruins, getting ready for the call from the big league.

But the road to stardom wasn’t always easy for Givani. Growing up, kids taunted him, saying that he should be playing basketball instead of hockey, and there were racial slurs sometimes. “It upset me,” he said. “I didn’t want to talk about it or tell anyone about it. I just wanted to play hockey.”

In fact, he played so well, that he started playing with the Barrie Colts, until being traded to the Guelph Storm when he was 16. He was signed by Detroit in 2016 and played half a season for the Kitchener Rangers before moving to Michigan to play for the Griffins, under contract with the Red Wings.