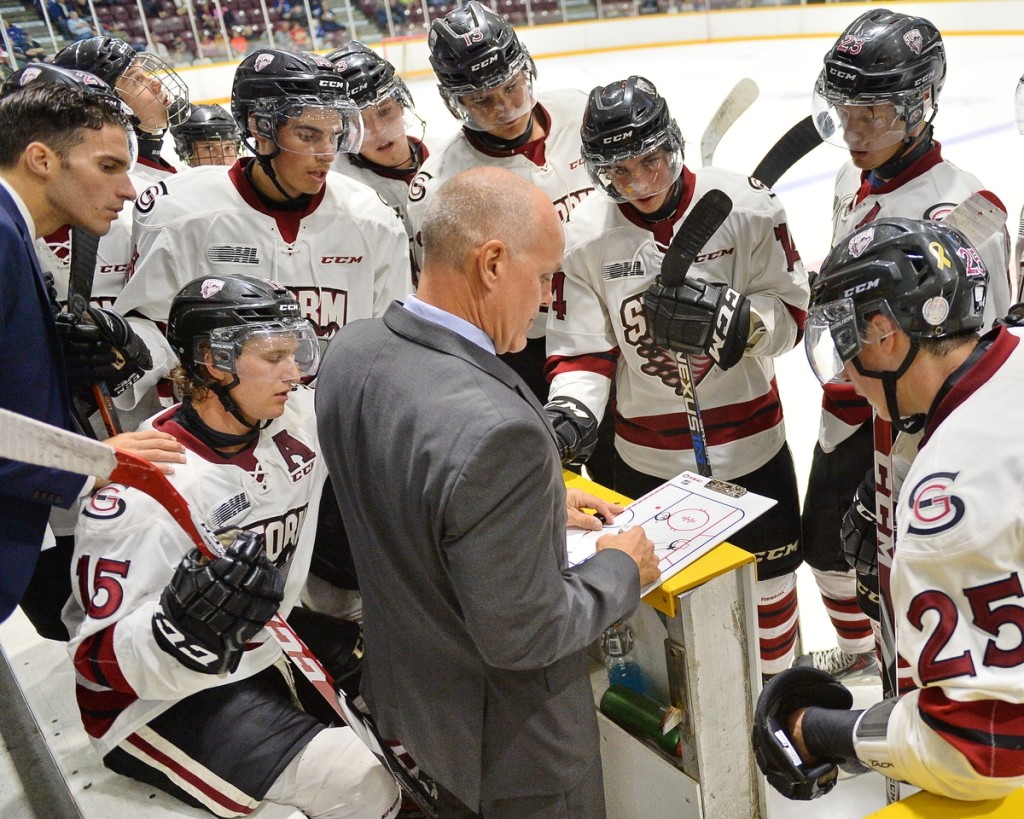 By Tony Saxon, Guelph Mercury
In the world of junior hockey, at some point you have to pay the piper after making a run at the Memorial Cup.

This is the season the Guelph Storm feels the brunt of the 2014 run that saw them fall a game short of a national championship.

Guelph will be one of the youngest teams in the Ontario Hockey League this season, which it kicks off tonight at home against the Oshawa Generals.

The Storm currently has just two overage players on the roster (you’re allowed to dress three) and four 19-year-olds. One of them, star forward Robby Fabbri, could stick with the NHL’s St. Louis Blues.

The rest are young, with the team carrying nine rookies.

Eight players are gone from a team that finished fourth in the Western Conference a year ago and won one playoff series before losing in four games straight in the second round.

“I think we’ve been spoiled a bit with the teams we’ve had here over the last two years,” said Storm coach Bill Stewart.

He cautions fans to be patient as players learn and grow.

“You’ve got to realize the situation. We don’t have a lot of older guys, and the rest are young guys finding their way,” Stewart said.