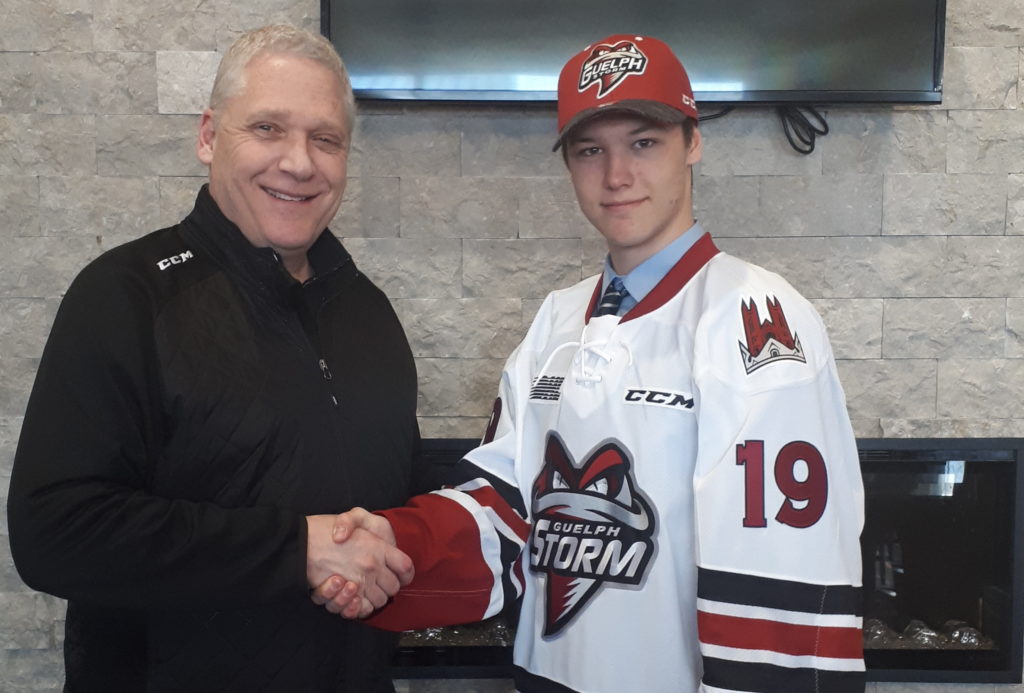 Zhilkin, a 6’1”, 185 lb forward originally from Moscow, Russia, was the Storm’s first round pick (14th overall) in the 2019 OHL Priority Selection.

“We are very excited to officially welcome Danny to our program,” said Burnett. “Danny is an elite skater and possesses the type of high-end skill that will allow him to be an impact player in our league.  We look forward to working with Danny and his family to further his development here in Guelph.”

After his family relocated to Canada when he was six years old, Zhilkin spent the 2018-19 season with the Toronto Marlboros Minor Midget AAA program, posting 53 points (29 goals, 24 assists) in 63 games.  At the season-ending OHL Cup tournament, Zhilkin tallied two assists in four games.

“I’m very excited to have signed with the Storm,” Zhilkin said. “I‘m looking forward to developing as both a player and person, with the support from both my teammates, and the staff. I’m happy to call Guelph my home for the next few years and I can’t wait to see what the future holds.”

In February, Zhilkin suited up for Team Ontario at the Canada Winter Games in Red Deer, Alberta.  Recording four points in six games (2G, 2A), the 15 year old helped his team take home a silver medal falling to Team Quebec in Overtime.

Zhilkin is scheduled to attend the Storm’s 2019 Orientation Camp in May.