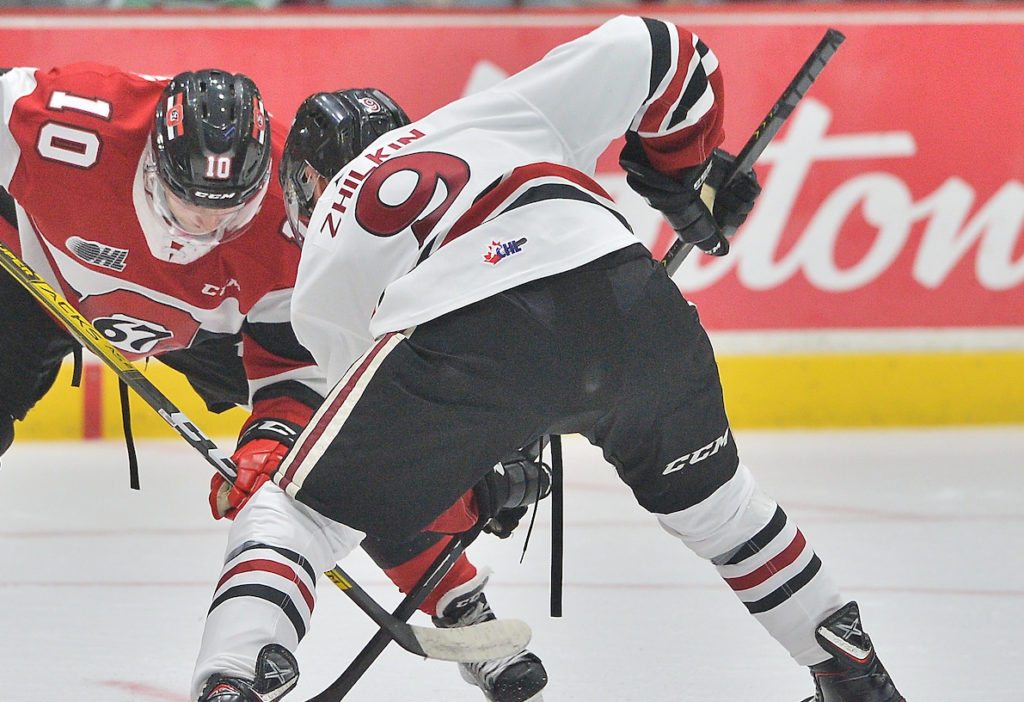 With tournament action set to kick off in less than two weeks, the three teams will match up against the Czech Republic, Finland, Russia, Sweden and the United States as they compete for a gold medal.

A total of 24 OHL players are spread out over the three rosters announced on Monday.

OHL Players representing Canada at the 2019 World Under-17 Hockey Challenge:

“After an exciting summer camp with 112 players gathering in Calgary and the selection of our 66-player roster last week, the unveiling of our three teams is one of the final stages as we prepare for the World Under-17 Hockey Challenge,” said McEwen. “We are fortunate to be able to assemble three competitive and skilled teams, and we believe all 66 players will represent their country with pride in this prestigious event.”

Team Canada Black, Team Canada White, the Czech Republic and the United States will play their Group A preliminary-round games at the Canalta Centre in Medicine Hat, while Team Canada Red, Finland, Russia and Sweden will play Group B games at Innovation Credit Union iPlex in Swift Current. Quarter-finals and semifinals will be played at both venues, while placement games will be held in Swift Current and the bronze and gold medal games will be held in Medicine Hat.

TSN and RDS, the official broadcast partners of Hockey Canada, will air the semifinal in Medicine Hat on Friday, Nov. 8, as well as the bronze and gold medal games on Saturday, Nov. 9; please check local listings for details. Media accreditation for the 2019 World Under-17 Hockey Challenge can be requestedonline.

Prior to the start of play, the teams will take to the ice for pre-tournament games Thursday, Oct. 31 at 7 p.m. MT. Team Canada Black will match up against Finland at the Crescent Point Wickenheiser Centre in Shaunavon, Sask., Sweden will play the Czech Republic at the Centennial Regional Arena in Brooks, Alta., Team Canada White will face off against Russia at the Innovation Credit Union iPlex in Swift Current and Team Canada Red will meet the United States at the Canalta Centre in Medicine Hat.

Fans looking to secure their seats for the 2019 World Under-17 Hockey Challenge can purchase a Medicine Hat or Swift Current ticket package, as well as single-game tickets for as low as $13, at HockeyCanada.ca/Tickets.

Medicine Hat and Swift Current will receive the net proceeds from all ticket sales as a legacy of the event to support grassroots hockey within the communities. Additionally, recent editions of the World Under-17 Hockey Challenge have resulted in as much as $6 million in economic impact within the host communities.