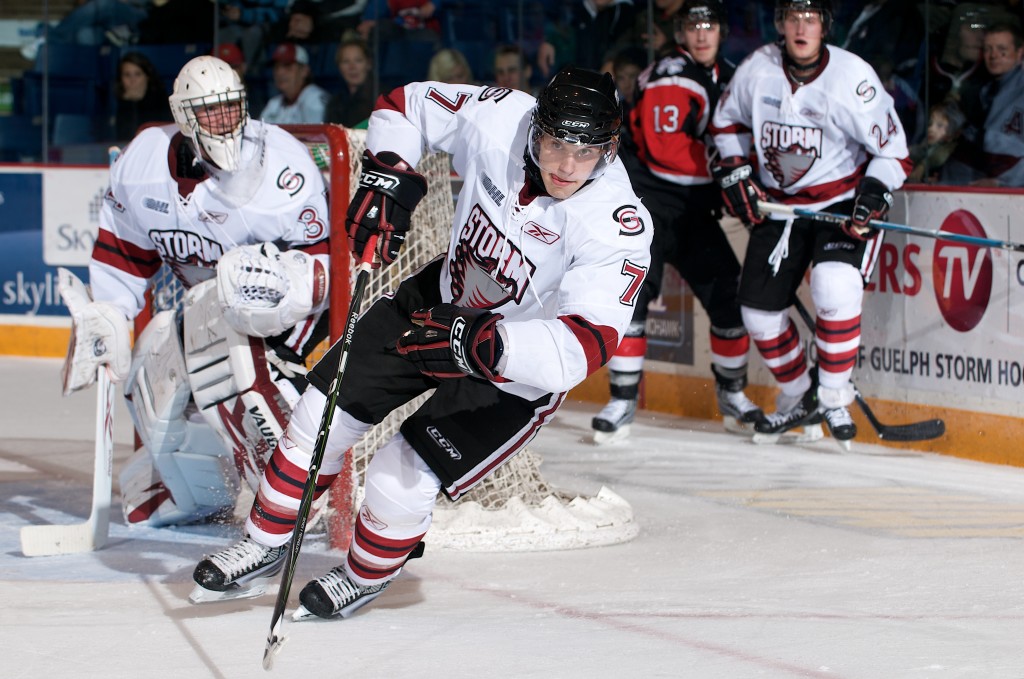 The ‘voice of the Storm’ Larry Mellott chats with Storm defenceman Ben Chiarot about the early part of the season and first year players seizing the opportunity when the roster is hit by injuries.

In his third season with the Storm, Ben was drafted by the Atlanta Thrashers in the fourth round of the 2009 NHL Entry Draft.

Visit ‘Storm Sounds’ on GuelphStorm.com throughout the season to hear interviews with your Guelph Storm and personalities from around the world of hockey.