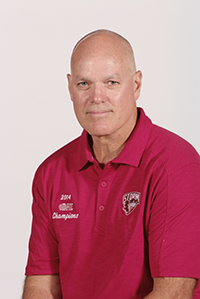 Bill joined the Storm during the 2010-11 season as a consultant prior to being named assistant coach in 2011-12. He brings a wealth of coaching experience to the Storm, including a stint as head coach of the New York Islanders in 1998-99 and AHL Coach of the Year honours in 1997-98 with the Saint John Flames. His OHL head coaching experience includes a 41-win season with the Oshawa generals in 1996-97 and an OHL Championship with the Barrie Colts in 1999-00, a run that ended at the Memorial Cup final in Halifax. He has also coached in the German Elite League, leading the Mannheim Eagles to a DEL Championship in 2000-01.

As a player, the Toronto native was drafted by the Buffalo Sabres in 1977 and tallied 71 points in 260 games as a defenceman for Buffalo, St. Louis, Toronto and Minnesota.