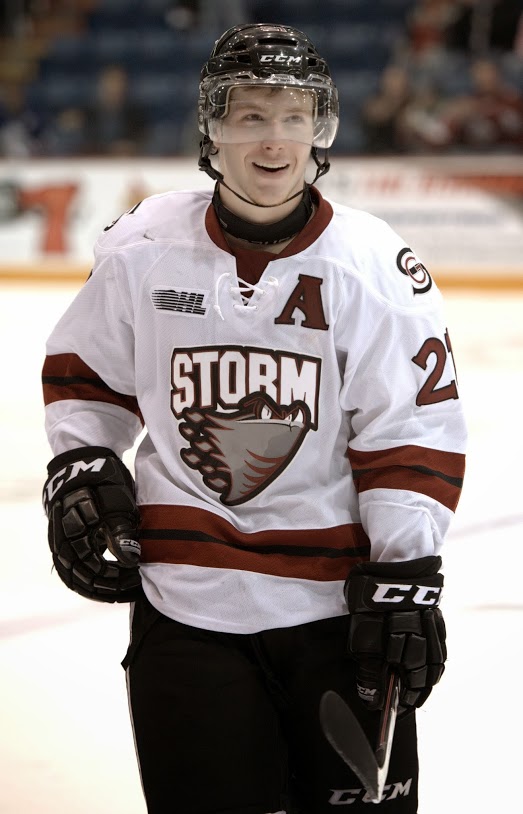 By Seth Lakso, The Charlotte Observer

For Brock McGinn, all it took was one goal.

McGinn, a Charlotte Checkers forward and prized prospect of the Carolina Hurricanes, entered a Feb. 16 game against Norfolk mired in the kind of scoring slump from which some rookies never recover.

But when the puck bounced McGinn’s way in the first period, the shot from the 5-foot-11-inch, 185-pound left winger didn’t ricochet off the post or inexplicably find its way into the goalie’s glove as so many had over the past two-plus months.

After 78 long days spanning 29 games, the puck hit the back of the net.

And for McGinn – who has been hot ever since with six points (five goals, one assist) – it has been as if the net has grown three sizes.

“I’ve been gripping my stick a bit tight and not producing like I’d like to,” said McGinn, who had 19 points (10 goals, nine assists) going into Tuesday’s game against Grand Rapids.

The Hurricanes had high hopes when the 18-year-old McGinn fell to them in the second round (47th overall) of the 2012 NHL draft. And after he netted 85 points (43 goals, 42 assist) in 58 games with the Ontario Hockey League’s Guelph Storm as a 20-year-old, expectations for McGinn’s first full season in Charlotte were high.

CLICK HERE TO READ THE FULL ARTICLE ON THE CHARLOTTEOBSERVER.COM